According to Reuters, Peter Coleman – the Chief Executive of Woodside – has said that Chevron Corp.’s efforts to improve productivity at the Wheatstone LNG project have instilled him with confidence that the facility will start by mid-2017 and stay within its budget of $29 million.

Coleman noted that he also found comfort in the fact that Bechtel – the contractor – was bringing workers who had previously worked on start-ups of LNG plants in eastern Australia.

Coleman reportedly said to analysts on a conference call: “That gives us some confidence in both schedule and cost.”

Read the article online at: https://www.lngindustry.com/liquefaction/19082016/woodside-chief-executive-confident-in-progress-of-wheatstone-lng-2925/

Chevron and Tohoku Electric have signed a preliminary agreement to sell 1 million tpy of LNG to the company for 20 years.

Chevron’s Wheatstone LNG project has received environmental approval from the federal government, clearing the final hurdle on the way to a final investment decision later this year. 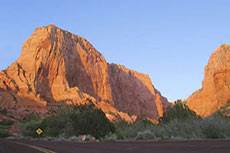 Chevron has received environmental approval from the Government of Western Australia, clearing the way for work to start on its huge Wheatstone LNG gas export project once it receives federal approval.

Chevron’s Wheatstone LNG project has received conditional environmental approval from the EPA, paving the way for the project to get off the ground.