Recently, it was confirmed that ExxonMobil had reached an agreement to acquire InterOil Corp.

Now, InterOil Corp. has announced that it has filed and will begin the mailing to InterOil shareholders of the Management Information Circular (MIC) relating to the company’s special meeting of shareholders in order to vote on the transaction with ExxonMobil Corp. InterOil claims that the special meeting is due to take place on 21 September 2016 in New York City, US, and that shareholders of record as of 10 August will be able to vote at the meeting. In order to be counted, InterOil claims that all proxies must be received by 12.00 PM on 19 September 2016.

In its statement, the InterOil board has recommended that shareholders vote for the ExxonMobil transaction so that they receive significant and superior value for their investment in InterOil.

Oil Search had previously made a bid to acquire InterOil, but declined the opportunity to submit a revised bid following ExxonMobil’s superior bid.

Read the article online at: https://www.lngindustry.com/liquefaction/19082016/interoil-encourages-shareholders-to-vote-for-exxonmobil-transaction-2929/ 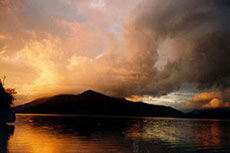 InterOil Corporation and Pacific LNG Operations Ltd. have signed a Heads of Agreement (HOA) with Gunvor Singapore Pte. Ltd., for the supply of 1 million tpa of LNG from the Gulf LNG Project in Papua New Guinea.