Chesapeake Energy Corp. has announced that it has entered into an agreement to convey its interests in the Barnett Shale operating area to Saddle Barnett Resources LLC. The operating area is located in North Texas, US, and Saddle Resources is backed by global equity and infrastructure investment firm, First Reserve. Under the agreement, Chesapeake Energy has also terminated its future commitments associated with the asset.

As a result of this, Chesapeake Energy will be affected in the following ways:

As a part of the agreement, Chesapeake Energy and Williams Partners have both agreed to terminate the current gathering agreement, projected MVC shortfall payments and fees related to the Barnett Shale assets, for which Chesapeake Energy is expecting to pay US$334 million in cash to Williams, with Saddle Resources expected to pay a further sum. Nonetheless, the transaction is still subject to various closing conditions, such as consent from third parties. It is expected to close in 3Q16.

Furthermore, Chesapeake Energy has also announced that it has renegotiated its gas gathering agreement with Williams in its Mid-Continent operating area in exchange for a US$66 million payment by the company.

In a separate act, Chesapeake Energy accelerated the gas supply contract value by selling its rights under a long-term gas supply agreement for US$146 million in cash proceeds.

Doug Lawler, the CEO of Chesapeake Energy, said: “Today's announcements mark a major step in our continued progress to transform Chesapeake. By exiting the Barnett, we expect to increase our operating income for the remainder of 2016 through 2019 between US$200 million and US$300 million annually, eliminate approximately US$1.9 billion of total future midstream and downstream commitments, and increase the PV-10 of our proved reserves. Given the significant negative cash flow profile of the Barnett assets, the net cash paid out in these transactions has a payback of less than 18 months, and it will be partially funded by the US$146 million sale and assignment of our long-term gas supply contract.

"We are also releasing preliminary 2017 guidance for the items most directly impacted by these transactions, including wide initial ranges for production and capital spending, in order to highlight our flexibility around commodity prices. The transformation of Chesapeake into a top-tier E&P company continues, and these transactions, along with our previously announced balance sheet and liquidity improvements, provide significant forward progress. We believe there are more positive moves to come."

Furthermore, for a cash payment of US$66 million, Chesapeake Energy renegotiated its existing cost-of-service gas gathering agreement with Williams, covering the Mid-Continent operating area to a fixed-fee arrangement. As a result of this, Chesapeake’s Mid-Continent gas gathering costs are predicted to decrease by 36%, effective 1 July 2016.

Lawler added: “We believe that our approximately 1.5 million net acreage position in the Mid-Continent area represents a tremendous resource. The new gas gathering agreement makes our operations more competitive and enhances the operating income from this asset."

Separately, Chesapeake also agreed to accelerate the value of a long-term natural gas supply contract with a US$4.00/million Btu floor pricing mechanism by selling it to a third party for approximately US$146 million in cash proceeds. This transaction improves the company’s liquidity position by providing partial funding to pay for these announced midstream transactions.

Resulting from these transactions, Chesapeake has updated its guidance on particular factors that impact its financial performance for the rest of 2016 and has also provided preliminary 2017 guidance.

Read the article online at: https://www.lngindustry.com/liquefaction/15082016/chesapeake-energy-agrees-to-exit-barnett-shale-2905/ 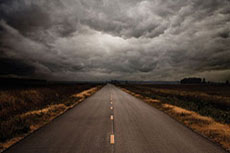 Shareholders in Chesapeake Energy Corp have shown their displeasure with the way the company has been run, by refusing to back the re-election of two board members. 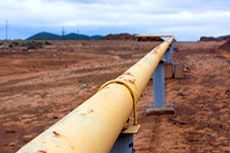 The Oklahoma based company continues to fight towards meeting a funding shortfall of approximately US$ 10 billion. 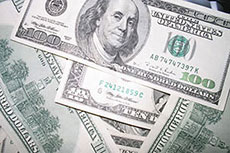 Chesapeake Energy Corp has announced that it has received a loan worth US$ 3 billion from Goldman Sachs and Jeffries Group that should provide the company with short-term financial flexibility. The company’s CEO, Aubrey McClendon continues to face intense scrutiny over his financial activity. 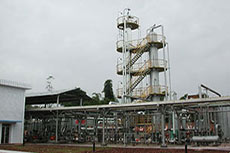 Chesapeake Energy, M3 Midstream and EV Energy Partners have agreed to work together on the construction of a US$ 900 million natural gas processing facility.