In March 2016, the US Federal Energy Regulatory Commission (FERC) denied authorisation for the construction and operation of the Jordan Cove LNG terminal and Pacific Connector Gas Pipeline.

Now, Veresen Inc. has released a statement claiming it has received a notice from the US Federal Energy Regulatory Commission (FERC) that it has issued an order granting rehearing for further consideration. This is in response to the company’s request for a rehearing, which was originally submitted on 8 April 2016 by Jordan Cove Energy Project L.P. and Pacific Connector Gas Pipeline L.P.

The order has the limited purpose of noting that a rehearing request has been submitted, and allowing itself more time than the 30-day statutory period to consider the merits of such requests for a rehearing. The request for a rehearing will either be granted or denied by FERC in a later order.

Read the article online at: https://www.lngindustry.com/liquefaction/10052016/veresen-receives-notice-from-ferc-regarding-jordan-cove-lng-and-pacific-connector-gas-pipeline-2418/ 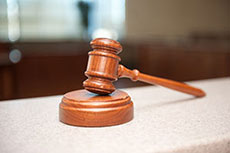 Veresen Inc. has announced that it has reached a preliminary agreement regarding commercial terms with ITOCHU Corp. for the long-term sale of natural gas liquefaction capacity at the Jordon Cove LNG facility in Coos Bay, Oregon, US. 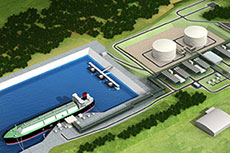 Veresen Inc. has released a statement claiming that it has received an order from the US Federal Energy Regulatory Commission denying the Jordan Cove LNG and Pacific Connector Gas Pipeline applications.

Veresen has commented on the court decision regarding the Jordan Cove LNG project.