NextDecade LLC has announced that the US Department of Energy (DOE) has authorised LNG exports from the proposed Rio Grande LNG facility to countries that hold a free trade agreement (FTA) with the US.

The facility is a proposed LNG export plant located at the Port of Brownsville, Texas, US. It will cover a 1000 acre industrial site, includes the Rio Bravo Pipeline, and is currently in the Federal Energy Regulatory Commission (FERC) permitting process.

In response to the application that was filed in December 2015, the DOE authorised the export of 27 million tpy of LNG for a 30-year period on 17 August 2016. This authorisation is subject to Rio Grande LNG’s continued compliance with customary regulatory obligations as determined by all of the relevant agencies.

“The US has an abundant supply of natural gas and we have found a robust appetite for LNG.”

Read the article online at: https://www.lngindustry.com/liquefaction/08092016/doe-authorises-exports-from-rio-grande-lng-3021/

Rio Grande LNG and Rio Bravo Pipeline Co. have a filed a response to various motions, protests and comments regarding the application to build and operate an LNG production and export terminal. 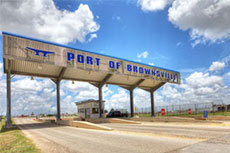 NextDecade and CB&I have signed FEED and EPC terms for the Rio Grande LNG Project. 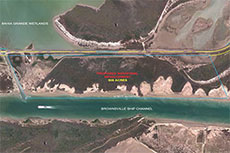 NextDecade has received notification from FERC of pre-filing process acceptance for its Rio Grande LNG project.

NextDecade has signed an option-to-lease agreement with the Port of Brownsville to increase the size of the LNG project site to 1000 acres.