BP has announced that it has taken a positive final investment decision (FID) on the Tangguh Expansion Project in the Papua Barat Province in Indonesia. The expansion will involve the addition of a third LNG process train (Train 3), which will add 3.8 million tpy of production capacity to the facility. This will bring the overall production capacity of the plant to 11.4 million tpy. In addition to this, the project also includes an expanded LNG loading facility, supporting infrastructure, 13 new production wells and two offshore platforms.

This positive FID follows the approval of the Plan of Development II by the Indonesian government in late 2012. BP claims that engineering, procurement and construction (EPC) contracts should be awarded in 3Q16, with construction to follow shortly after. Operation of the expanded project is expected to commence in 2020.

Moreover, the project is helping to create jobs for the area. BP claims the Tangguh expansion project has helped provide 10 000 jobs over the project period.

The Chief Executive of BP, Bob Dudley, said: “The Tangguh Expansion Project demonstrates BP and its partners’ continued confidence in Indonesia and our commitment to work closely with the government to meet the country’s energy needs, while creating thousands of jobs.”

The BP Regional President Asia Pacific, Christina Verchere, said: “This final investment decision marks the culmination of many years of hard work by BP, our partners, and the Indonesian Government. We are pleased to reach this major milestone and look forward to continued cooperation as we progress the largest upstream project in the eastern part of Indonesia.”

Read the article online at: https://www.lngindustry.com/liquefaction/01072016/bp-to-expand-indonesias-tangguh-lng-facility-2688/

BP and China National Petroleum Corp. have signed a production sharing contract for shale gas exploration, development and production in the Neijiang-Dazu block. 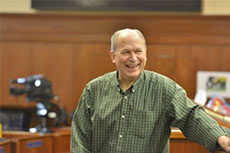 BP and ConocoPhillips have written assurances to the Alaskan Governor, Bill Walker, confirming that they will commit gas to the Alaska LNG project.

BP has announced that it has signed a contract with China Huadian Corp. for the sale of 1 million tpy of LNG over the next 20 years. 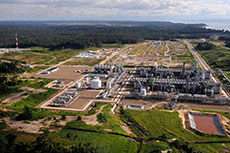 BP has awarded the onshore FEED contract to two consortia, for the US$ 12 billion Tangguh LNG Expansion Project.