The ‘age of gas’ is now well and truly upon the global energy markets. Fracking has sky-rocketed supply of natural gas from shale and tight formations. Gas has shifted from being a regional fuel to becoming a focal point of global energy supply.

Natural gas has historically lagged behind oil as a fuel since it requires end-to-end investment in pipelines or needs to be cooled to cryogenic temperatures as LNG, for transportation to the end customer. The striking growth in LNG trade over the last five decades is evidence of linkages being forged between the key regional gas hotspots and demand centres. This has also been accompanied by increased spot trade and by greater flexibility in the terms and conditions of long-term gas contracts.

The past couple of years have seen the emergence of a few mega trends on the supply side.

Shale gas takes centre-stage in the US

Russia has finally agreed to supply China with up to 38 billion m3/year of gas for 30 years through its pipeline network. The relatively low price that China will pay for Russian gas (US$ 350 per 1000 m3, roughly 10% below European prices as per analyst estimates) is going to put downward pressure on the current Japan Crude Cocktail (JCC)/HH linked contracts. Experts believe that pipeline gas from Russia can bring prices down from US$ 13/million Btu to US$ 10 - 10.5/million Btu.

The International Energy Agency (IEA) estimates that Africa holds approximately 74 trillion m3 of technically recoverable natural gas reserves, roughly 10% of the world’s total, with the majority still undiscovered. A significant portion of the gas lies off the coast of Mozambique, whose recoverable offshore discoveries total more than 150 trillion ft3, with more expected. Tanzania has at least 30 trillion ft3 of recoverable gas offshore.

Mozambique currently plans to bring LNG on stream before 2018 and Tanzania plans on doing the same before 2020. Development is complicated by…..


This article originally appeared in the November/December 2014 issue of LNG Industry.


To read the full version of this article, sign in or register for FREE.

Read the article online at: https://www.lngindustry.com/special-reports/25112014/lng-around-the-world-1853/ 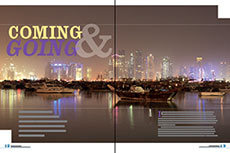 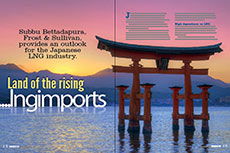 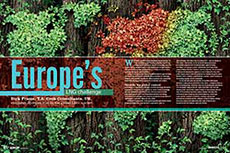 A look at Europe’s role in the global LNG market