The sustainability of low cost shale production and the global shale spread arbitrage is also increasingly critical for North American LNG liquefaction investors and lenders. To achieve financial close, North American LNG liquefaction projects must be confident that shale spreads will remain adequate to sustain profitable LNG exports to Asia and Europe, at least over the financing horizon. With most LNG export projects now targeting startup between 2015 - 2020, this means that shale spread expectations must hold up at least until the 2030 - 2035 timeframe.

The North American LNG exports themselves could be important contributors to decreasing future shale spreads:

In global markets, the level of LNG price reductions will depend largely on how quickly LNG demand growth can absorb the additional supply expected by 2020. This, in turn, will depend heavily on policy actions in Japan, Korea, and China above all, as well as LNG import development in a series of countries throughout Southeast Asia, Eastern Europe, and Latin America.

Henry Hub as a global benchmark?

The commodity price of gas at the US LNG terminals is transparent based on Henry Hub prices. Using the Cheniere contracts as a benchmark, US LNG supply could be provided at an FOB price of Henry Hub x 115% plus US$ 3.00/million Btu. As a result, the authors estimate that by 2020 US Gulf Coast LNG could be supplied at a price of approximately US$ 8.00/million Btu FOB.

From North America, shipping costs to East Asia and Europe could vary based on fuel and charter rates (and perhaps risks related to the Panama Canal expansion as discussed below). The cost for round-trip shipping, including Panama Canal transit, from the US Gulf Coast to East Asia ranges from US$ 1.95/million Btu to US$ 2.30/million Btu. However, the cost for shipping directly from the Pacific Northwest to East Asia or from the US Gulf Coast to Europe ranges from only US$ 0.80/million Btu to US$ 0.95/million Btu.As a result, North American LNG supplies could reach Asian and European markets on a Delivered Ex-Ship (DES) basis for a range of perhaps US$ 9 - US$ 11/million Btu by the end of the decade. The greater the volume of US LNG exports relative to other new supply sources, the more likely it will be to supply marginal volumes and set marginal prices in Europe and Asia. This could be true both in the term contract markets and the short-term spot markets.

The manner in which Henry Hub prices begin to exert marginal influence on global markets before 2020 may be tied to the ongoing Panama Canal expansion dispute and the potential impacts from cost overruns and delays.

Work on the Panama Canal expansion was halted in the first week of February 2014 due to a dispute between the Panama Canal Authority (PCA) and the construction consortium led by Spain’s Sacyr. As a result, the cost and timing of completion have become a point of concern in the industry.

Assuming a material delay in the Panama Canal expansion, there would be a positive impact on European supply liquidity as US Gulf Coast projects seek temporary outlets for new production until the canal is completed. Depending on the level of European pipeline gas supply from Norway, Russia, North Africa, and perhaps the Middle East, a flood of low cost US LNG into the Atlantic Basin could have a potentially significant downward impact on European spot gas prices. As an indirect result, this flood of low cost North American LNG into the Atlantic Basin could force some of the existing Atlantic and Middle Eastern supply to redirect volumes to markets East of Suez, potentially applying downward pressure on the short and mid-term prices in those regions.

If US Gulf Coast and East Coast LNG project completion does precede Panama Canal completion by several years, the direct supply pressure could cause European hub prices to gravitate toward Henry Hub-adjusted levels. There could also be indirect price pressures in the East of Suez markets.

Once the Panama Canal is completed, LNG trade and pricing dynamics will begin to shift. Large scale North American Henry Hub-priced LNG exports will become available in the Asian markets. This could begin to impact price levels and indexation practices in the Asian term contract markets. As Asian term markets absorb most of the North American LNG supplies, and as large volumes of existing term supply contracts expire after 2015, some existing East of Suez suppliers will face increasing pressure to redirect supplies to Europe. This could provide a measure of indirect price reduction in Europe after the North American LNG is refocused on Asian markets.

The full version of this article is available in the May 2014 issue of LNG Industry.

Read the article online at: https://www.lngindustry.com/special-reports/23052014/discussion_of_north_american_lng_and_henry_hub_pricing_part_two/

GlobalData states that Petrobras, as a leader in Brazil, must play its part to reduce emission by investing in other less capital-intensive sustainability efforts. 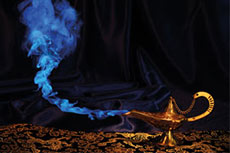 The EIU debates whether LNG can feed the awakening South Asian energy market. 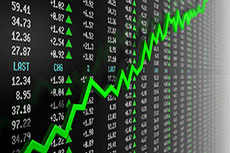