Ship owners, ship operators and shipyards are faced with challenges and opportunities arising from the International Maritime Organization’s (IMO) Tier III emission legislation. They are searching for alternative sources of auxiliary power rather than those based on marine gas oil (MGO)-fuelled engines and aftertreatment systems.

LNG is increasingly seen as a viable fuel for marine applications, in part because of the development of bunkering infrastructure worldwide. Five years ago, MAN Rollo decided to develop an LNG genset that is complaint with the IMO’s Tier III legislation.

Challenges and advantages of LNG

The major challenges posed by the use of LNG as a marine fuel relate to having to store LNG at low pressure and low temperatures (approximately -162°C). When liquefied, natural gas has sufficient energy density to provide the required operational range. This would not generally be the case if CNG were to be chosen as the fuel. The dedicated safety requirements (and confined space) of a marine environment pose a greater problem for cryogenic storage than on land. For instance, it influences the design of the storage tank, which must be heavily insulated, spherical or cylindrical, and able to withstand low temperatures. Moreover, additional safety measures must be in place including purging systems, ventilation systems, double wall piping, gas detection systems, fire detection systems, automation systems, etc., to guarantee on-board safety. Although necessary, these additional systems drive up the costs of designing and producing LNG-fuelled vessels. 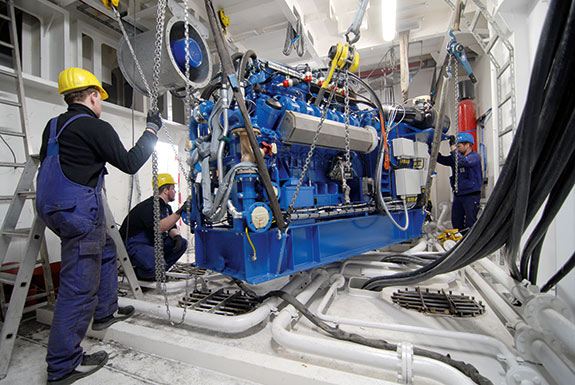 Figure 1. Installation of a genset onboard the MS Helgoland ferry at the Fassmer Shipyard in Berne, Germany (image courtesy of Peter Andryszak).

However, when used as a fuel in an internal combustion engine, LNG produces no soot, 70% less NOX and 10% less CO2 than an equivalent MGO-fuelled engine. This means that it is possible for an LNG-fuelled engine to be IMO Tier III compliant without the need for exhaust aftertreatment. After the initial higher investment, an LNG-fuelled vessel costs less to operate as LNG is cheaper than MGO. LNG-fuelled engines are also quieter and have longer maintenance intervals.

MAN Rollo developed a set of three 480 ekW gensets for use in the passenger ferry MS Helgoland, which is operated by German-based shipping company Reederei Cassen Eils GmbH, a subsidiary of AG Ems. The 83 m vessel, which sails between the ports of Cuxhaven and Helgoland, Germany, meets Blue Angel environmental requirements. The gensets are installed in the emergency shutdown engine room of the ferry. They provide auxiliary power that can be used to meet the hotel load or to feed the Power Take Ins (PTIs) of the two main propulsion plants if extra vessel speed is required. MAN Rollo worked closely with Fassmer Shipyard in Berne, Germany – where the ferry was built – in order to ensure that the operational and safety systems of the ship and the gensets work seamlessly together.

The genset is based on the MAN E 3262 LE 222 gas engine, which has been proven on land. The methane slip of this 100% gas engine is approximately 70% lower than a comparable dual-fuel engine.

In addition to meeting the specified performance requirements, the company had to ensure that the genset met both the hardware and control algorithm requirements of DNV GL, so that it could be safely installed and used in the ferry. MAN Rollo worked closely with its partners Heinzmann, MAN Truck & Bus and Karl Dungs to obtain approval for the sub-systems. It initiated and acted as the system integrator during the development and was responsible for the complex approval process of the gensets, including the engines.

The genset consists of a skid containing the engine and generator. It is supplied with a gas train containing a double block-and-bleed valve assembly, safety valves and pressure reducing stations to provide the appropriate supply of gas to the engine. A remotely installed electrical cabinet is also supplied, containing a control panel and the main electronic automation components used to control, monitor and safeguard the genset. The documents produced and delivered by the company included, for example, those addressing the safety concept and several Failure Mode Effect Analyses (FMEA). Extensive testing was also performed including a Factory Acceptance Test (FAT), a Harbour Acceptance Test (HAT), and class society and yard/end-customer witnessed testing of alarms, shutdowns and performance. While not part of the scope of delivery, a special environment was prepared to simulate the power management, cooling and gas supply systems of the vessel during the FAT. 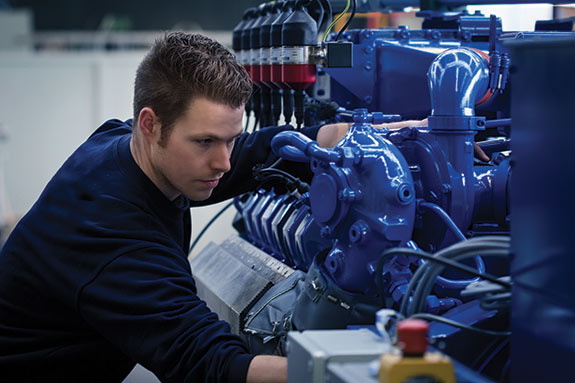 Figure 2. The gensets were built in MAN Rollo’s workshop in Zoetermeer , the Netherlands.

The design includes genset automation, interfacing with the onboard power management and onboard safety systems, alarm and shutdown handling, monitoring and several control algorithms.

All of these items meet the stringent DNV GL safety requirements. The genset also had to meet the specified performance requirements related to operational stability, parallel running, exhaust emissions and load steps. The capability of an engine to handle load steps is in part determined by the range of Air/Fuel Ratios (AFRs) at which it can operate. Attempting to operate outside of the acceptable range will cause the engine to either detonate or misfire and stall. The acceptable AFR range for a spark ignited lean-burn engine running on LNG is significantly narrower than that for a diesel engine running on MGO. This, in conjunction with the turbocharger response time, makes it technologically challenging for an LNG engine to achieve the same load steps as its MGO counterpart. The company’s genset can achieve load steps of approximately 20% within the specified frequency range. It is also able to handle an increase in power of 40 ekW/s, which means that it can go from zero power to its maximum rated power of 480 ekW in 12 seconds.

The development of an LNG-fuelled, IMO Tier III-compliant genset is proof that it is possible to meet the performance and safety requirements demanded in a marine environment. While the initial development and construction costs of an LNG-fuelled vessel are significantly higher those of an MGO-fuelled vessel, the lower operational costs will make LNG an attractive fuel for use in suitable (short sea) applications. However, its general adoption will also depend on the availability of the bunkering infrastructure.

Written by MAN Rollo, the Netherlands. Edited by Callum O'Reilly

Read the article online at: https://www.lngindustry.com/special-reports/06072016/sailing-in-the-right-direction-2578/