Finland is leading the EU Directive on deployment of alternative fuels infrastructure, with strong support from the public and private sector to expand the country’s gas refuelling network.

The commitment in particular is for the development of the infrastructure for bunkering and distribution of LNG, according to a statement from NGVA Europe.

Representatives highlighted the country’s advanced efforts regarding the implementation of the EU’s Directive on alternative fuels infrastructure. The Directive requires Member States to create coverage of gas refuelling points in cities by 2020, and along nine core corridors by 2025.

However, Finland’s plans surpass the targets set by the EU. Maria Rautavirta, member of the Finnish Ministry of Transport and Communication, explained: “We have ten years to reach the goals set for 2025, but want to achieve them by 2020 latest, and renewables are essential, especially in heavy duty road transport, in order to meet the requirements. Within five years, Finland will have established a distribution infrastructure for alternative fuels and power sources."

In order to accomplish the targets, the Finnish government presented energy and climate policies in 2013 that include an LNG Action Plan providing €123 million in subsidies for the deployment of LNG infrastructure for industrial and maritime use. As part of the plan, four LNG terminals will be constructed between 2015 and 2019. The terminals are expected to benefit the use of both LNG and CNG for road transport due to increased availability and lower prices of the fuel as well as increased interconnectivity between coastal regions and the inland.

For 2050, the Finnish government has set the goal of reducing overall transport-related CO2 emissions by 80% through increased use of alternative fuels, such as LNG and renewable biomethane.

Gasum confirmed its strong commitment to further develop the refuelling infrastructure for gas, including the construction of up to 35 new filling stations by 2025. Gasum’s plans involve increasing the number of supply points for CNG while building up a network of filling stations for LNG, and the company also aims at boosting the domestic biogas production through sites located both on and off the gas transmission grid.

Johanna Lamminen, CEO of Gasum, said: “The Nordic gas market is still developing at a rapid pace and demand for LNG is growing in Finland and the neighbouring countries. In addition to LNG, our market is being diversified by a growing production of biogas as well, with renewable biomethane already accounting for 40% of the gas sold as vehicle fuel at Gasum’s 18 filling stations. Finland's biogas potential covers more than half of the overall usage of natural gas.”

In his speech during the event, Lennart Pilskog, Secretary General of NGVA Europe, acknowledged Finland’s role: “When it comes to establishing gas as a much needed fuel alternative for sustainable transport, large parts of the world are proceeding at a much faster pace than Europe. It is therefore very important to have first-moving countries and Finland is just about to make a big change when it comes to the use of gas."

Read the article online at: https://www.lngindustry.com/small-scale-lng/27032015/finland-leading-europe-in-lng-infrastructure-500/

This is the first time a delivery has been made on a vessel chartered by PGNiG Group, as well as the first shipment PGNiG has received from Venture Global LNG. 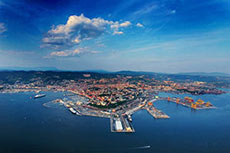 As part of the TEN-T framework agreement, the EU has provided funding to NAPA ports for LNG developments. 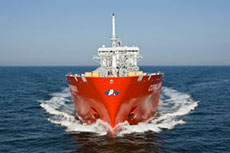 A recent corporate acquisition has made Gasum the largest Nordic LNG operator.