Liquefied natural gas (LNG) could power the ships of the future in an eco-friendly manner if the marine industry takes the lead in the face of competitors tapping into the same energy source, Mark Bell, General Manager of the Society for Gas as a Marine Fuel (SGMF), argued yesterday.

“To use that fuel is going to be a totally different scenario […] The next evolution won’t happen overnight, but it will happen,” he said, adding that the marine industry has been slow to embrace new technologies.

William Sember, Vice President for Global Marketing at ABS, discussed the lessons learned while developing the design specifications of an environmentally friendly and fuel-efficient class of LNG-fuelled vessels, which would conform to upcoming regulations in the US.

As of 5 January 2015, Sember said, the US will drop its sulfur emissions limit from 1% to no more than 0.10%. This move would require ship owners and operators to lower emissions or face the possibility that their fleets will not meet the emissions requirement. He told that regulations being developed will look at gas fuel transfer operations, crew training and transfers from tank vessels and storage tanks, electrical equipment and other areas. There are three options to meet these requirements, such as by using distillate fuels, exhaust gas scrubber, and LNG as fuels.

Sember also put forward five lessons for following the complexities of regulations: establishing formal lines of communications, defining responsibilities and informing stakeholders, simplifying novel concepts, addressing any noncompliance issues early, and using trusted advisors and partners. He stressed that public opinion must not be taken for granted and that they should know what is being done and be included as a stakeholder.

Hale looked at three options for meeting regulations: do nothing, use exhaust gas cleaning systems, or use M-type electronic controls-gas injection (ME-GI). ME-GI will be compliant with the anticipated environmental requirements and is a flexible fuel supply. It can also be implemented feasibly, he said.

The engines would burn gas at high pressure as a supplementary fuel to heavy fuel oil. The company’s Q-Flex and Q-Max vessels were designed and built with the first application of the more efficient low-speed diesel propulsion (LSD) for LNG carriers, with re-liquefaction technology used for boil-off management.

Kim Kidong, Principal Researcher at KOGAS, discussed LNG bunkering by referring to a feasibility study of South Korean ports. Korea, which employs 170 000 people in the shipbuilding and equipment industry, considers LNG a sustainable marine fuel for the future, he said.

In a risk assessment, KOGAS found no intolerable risks at the Busan port for LNG bunkering infrastructure and facilities, Kidong said. He cited benefits in the potential reduction of CO2 emissions using LNG, along with CO2 price savings.

The Busan port could be a baseline for the Arctic shipping passage between northeast Asia and Europe, he added.

Read the article online at: https://www.lngindustry.com/small-scale-lng/27032014/future_looks_bright_for_lng_as_marine_fuel_experts_say/ 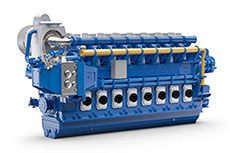 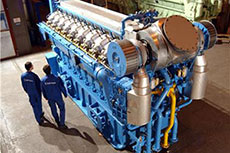 Rolls-Royce has been awarded a contract by CNOOC to power Asia’s first LNG fuelled tug. 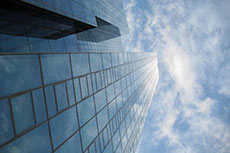 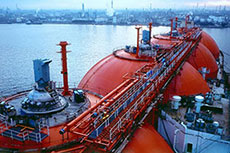 A report from DNV GL on the future alternative fuel mix for global shipping suggests that LNG will be an early success.