The company also announced additional truck fuelling agreements for fleets across Clean Energy’s US network, from California to Florida. Clean Energy and its customers were also awarded grant funds by the state of Pennsylvania for LCNG infrastructure development and heavy-duty natural gas vehicle (NGV) conversions.

UPS has deployed six heavy-duty LNG trucks, which are fuelling at Clean Energy’s station in Oklahoma. An additional four trucks are expected to begin fuelling at this station within weeks. These tractors are forecasted to consume approximately 300 000 DGEs of LNG per year which represents a greenhouse gas reduction of approximately 518 tpa.

EJ Madison intends to expand this fleet with an additional 30 dual-fuel LNG/diesel trucks in the coming months. Once fully deployed, this fleet is forecasted to consume approximately 336 000 DGEs of LNG per year, the approximate greenhouse gas reduction of 581 tpa.

EJ Madison President, John Warren, commented: “The initial twenty LNG dual-fuel conversions have proven to be a solid business move which is why we’re more than doubling the size of this fleet to continue to provide superior service to our customers at a competitive cost. I believe the future of long-haul trucking is here, it’s cleaner and it’s promising."

The Pennsylvania Department of Community & Economic Development has awarded Clean Energy approximately US$ 2.5 million to offset the cost of constructing two LCNG stations to fuel vehicles with CNG or LNG.

The stations will be located in Pittston Township and Pottsville Township to serve the busy I-81 and I-476 highways. Both stations are projected to open by the end of 2014.

Additionally, 10 Clean Energy customers were among the 25 companies awarded approximately US$ 7.7 million in Act 13 funds by the state of Pennsylvania for 129 heavy-duty natural gas vehicle conversions.

“Constructing the Pittston and Pottsville LCNG stations is a crucial step toward expanding the LNG and CNG market in Pennsylvania, spurring economic development and enhancing the Commonwealth’s energy independence and security. We applaud Governor Corbett, and the Pennsylvania Department of Community & Economic Development for supporting private enterprise in the development of a natural gas infrastructure,” commented James Harger, chief marketing officer of Clean Energy.

Clean Energy CEO, Andrew Littlefair, offered the following conclusions: “Opening stations and adding incremental volume to existing stations as shown by today’s announcements are top priorities for our team. UPS continues to confirm its leadership in adopting cleaner, alternative fuels. New entrants such as EJ Madison are vital in the overall adoption of natural gas because of their coast-to-coast routes and nationwide network. Clean Energy’s years of experience and leadership position in established markets like refuse and transit are positioning us extremely well to capitalise on the young heavy-duty truck market.”

Read the article online at: https://www.lngindustry.com/small-scale-lng/09042014/clean_energy_supports_lng_fleets_406/ 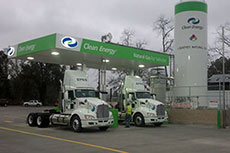 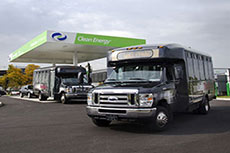 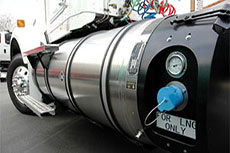 UPS announced plans to invest heavily in the construction of an additional nine LNG fuelling stations across the US. 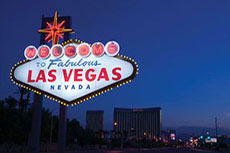 UPS has contracted Clean Energy Fuels to build and operate an LNG terminal in Las Vegas for it fleet of 48 LNG delivery trucks.