Østensjø Rederi AS has been awarded the tugboat contract at Melkøya terminal by Statoil.

The scope of the contract include the construction of three large escort tugs with a bollard pull of 100 tons and two smaller mooring launches with bollard pull power of 5 tons. The propulsion system will be a dual fuel system that can operate on LNG or marine gas oil. The tugs are designed in cooperation with the Canadian designer Robert Allan.

Commenting on the award, CEO of Østensjø Rederi, Johan Rokstad, said: “Østensjø Rederi is very pleased with this award. We have provided tug services to Statoil for many years, and we are proud to still be a preferred partner for them in competition with national and international operators. Furthermore, it is particularly pleasing that we can supply vessels with a green profile.”

Read the article online at: https://www.lngindustry.com/small-scale-lng/07112014/statoil-awards-dual-fuel-tugboat-contract-1753/

HAM, together with LIMAGAS Movilidad, is in the process of building the first CNG service stations in the Cuzco region and the first LNG gas stations in Peru. 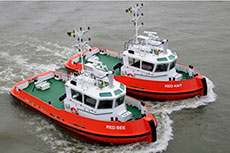 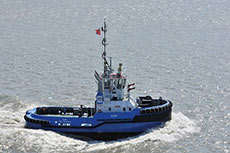 The first Damen ASD 2810 tug for escorting, berthing and un-berthing LNG vessels has left for Trinidad, while the second vessel will leave in two weeks. 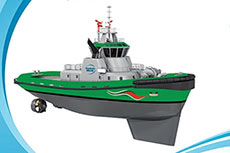 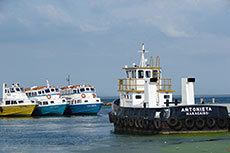 C&I Leasing and Svitzer will collaborate towards obtaining a contract with Nigeria LNG for terminal support tugs and pilot vessels.