AB Klaipedos Nafta has released its preliminary transhipment and revenue results for July 2016. In that month, the company regasified 1 012 000 MWh of natural gas in its LNG terminal, which it then supplied to the natural gas transmission system. This is an increase from July 2015, when just 326 000 MWh of gas was regasified.

The company claims that its LNG terminal generated €5.5 million in preliminary sales revenue during July 2016. This is compared to €5.4 million generated in July 2015, signifying an increase of 1.9%. This was generated by liquefaction and regasification activities for the period calculated based on the tariffs approved by the National Control Commission for Energy control and prices.

During the first seven months of 2016, the company generated €65.3 million in total preliminary sales revenue, which is 4.6% greater than the €62.4 million that was generated during the same period in 2015.

Read the article online at: https://www.lngindustry.com/regasification/05082016/klaipedos-nafta-reports-increase-in-lng-terminal-revenue-2867/ 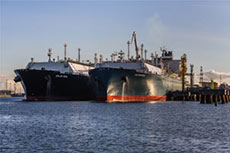 AB Klaipedos Nafta has announced that it has established a wholly owned subsidiary, UAB SGD logistika, to operate an LNG bunkering carrier. 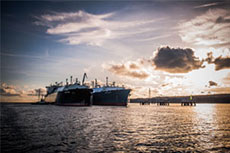 Klaipedos Nafta regasified 326 000 MWh of natural gas from its LNG terminal in July 2015. 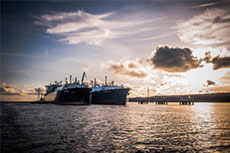