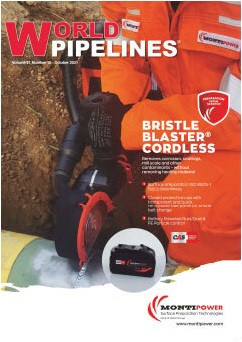 Kwasi Kwarteng, the business secretary for the UK government, sought to assure the House of Commons last month that there is no danger of the UK running out of gas this winter, amid fears about a breakdown in the structure of the European and global gas markets. Welcome to an extraordinary autumn in the UK, in which spiralling gas and electricity prices and very low national gas reserves signal an impending energy crisis.

The tightness in the global gas market is a result of several factors: 40% of US gas production was temporarily shut in during hurricane season; Latin America is experiencing its worst drought in a century and this has cut hydro power in Brazil, Argentina and Chile, forcing a move to LNG. China, the world’s biggest importer of gas, has been upping its LNG imports, in part due to drought, as well as a rise in domestic gas demand. As a result of this explosion in Asian demand, much less LNG is reaching Europe, and that’s before you take into account energy supply chain disruption due to COVID-19. As countries reopened from COVID-19 lockdowns this summer, high-than-expected demand contributed to the shortage of gas, and also stunted domestic ability to stockpile gas during warmer months, when demand tends to be weaker.

It’s worth noting that Gazprom chose not to bid for top up gas flows for the month of October in pipeline routes traversing Ukraine and Poland, placing more pressure on the Nord Stream and the (as yet uncertified) Nord Stream 2 pipelines.

The global gas supply squeeze being felt all over the world is set to have a particularly forceful impact on the UK, since the UK is sitting on scant gas storage, having cut storage capacity to 1.7% of annual demand (a long way south of the normal buffer of 20%) and having outsourced the costly task of storage to countries in continental Europe (who are themselves low on stored reserves). A wet, cold spring this year depleted European gas inventories. Poor wind power generation levels in recent months have certainly had an impact on the amount of energy the UK can extract from renewable sources.

Now doom-filled headlines in UK newspapers warn of a return to a three-day working week and blackouts (as seen in the 1970s) as industrial stoppages become an increasing reality. High power prices are already curtailing operations: the gas price surge has triggered fertilizer plant closures, including US-owned CF Fertilizers, which has ceased output at two UK factories. Steelmakers have reported disruptions to production due to current energy costs. The European Steel Association has said that the bloc risks being priced out of the global market due to surging energy prices. The UK’s National Grid was forced to turn to coal-fired power stations at short notice early in September, asking EDF to fire up a power station that had been on standby.

Consumer groups in the UK are urging households to be prepared for steeply rising bills and price pressures have led to a handful of utility suppliers going out of business, as they fail to meet the cost of purchasing raw energy. Kwarteng said that talk of a return to the three-day week is “alarmist, unhelpful and completely misguided”. The government has held emergency talks with Ofgem, the UK energy regulator. Speaking to MPs in the House of Commons about the issue of supply, Kwarteng said that the UK is not “at the mercy of Russian gas”. He argued that electricity security can be maintained under a wide range of scenarios and that the UK is not reliant on just one source of gas: “The UK also benefits from an excellent relationship with Norway, one of our most important and reliable energy partners and that delivers nearly 30% of our total gas supply ... [I] welcome the announcement from Equinor today that gas production will significantly increase from the 1st of October this year to support the UK and European demand.” The UK may need more than that to fend off a winter of discontent.