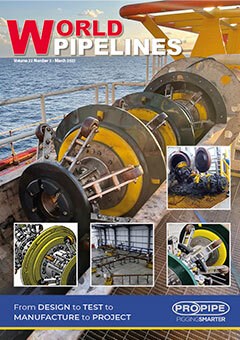 On 22 February, German Chancellor Olaf Scholz put the Nord Stream 2 pipeline project on hold, in direct response to Russian aggressions against Ukraine. Scholz ordered a halt to the certification process for the pipeline, which is already completed and had been awaiting final approvals. He asked the Economy and Climate Ministry to withdraw the existing analysis of Germany’s supply security, asserting that, since Russia had invaded breakaway territories in Ukraine, the supply security situation had changed.

Approval for the additional Nord Stream lines rests on two things: certification by the Federal Network Agency (BNetzA) and the examination of supply security. Germany has always maintained that the project is primarily a commercial endeavour, necessary to diversify energy supplies for Europe. Speaking after Chancellor Scholz’s announcement, Economy and Climate Minister Robert Habeck said that the “one-sidedness of dependence on one supplier, who has also proven to be unreliable, must be overcome”. He went on to say: “The supply security examination was completed by the previous government in October 2021 and found that Nord Stream 2 did not endanger Germany’s supply security. I am of the opinion that the geopolitical situation but also the situation on the gas markets are making a re-assessment a must.” Washington has welcomed the move, as have other western nations, and Ukraine. US President Joseph Biden has announced plans to impose sanctions on Nord Stream 2 AG, the company that built the pipeline.

The geopolitical ramifications of Russia’s incursion into Ukraine include the risk of disruption to European gas supplies, which will put more pressure on UK and European gas and power prices. Energy users were already facing price hikes due to high demand and a shortage of gas storage, but more shocks are surely to come. Oil prices are also being affected: the price of Brent crude oil, an international benchmark, hit a seven year high of more than US$99/bbl (£73/bbl) on the day that Nord Stream 2 was halted, before falling back the next day.

In the wake of the Nord Stream 2 postponement, Russian President Vladimir Putin pledged to continue uninterrupted natural gas supplies to world markets. Russian gas accounted for 42% of EU imports via pipelines in 2021; the addition of Nord Stream 2 capacity (an extra 150 million m3/d) had been set to ease the pressure on European consumers facing record energy prices amid a wider post-pandemic cost of living crisis. Gas transit through Ukrainian trunklines is currently 100 billion m3/y, and these supply lines are obviously under serious threat.

With Nord Stream 2 now paused indefinitely, analysts are adjusting their outlooks for gas supply in 2022. S&P Global Platts Analytics, which previously expected Nord Stream 2 to start service in October 2022, removed the project from its outlook on 22 February. It now expects lower Russian gas flows to Europe. “Most of that volume will have to be replaced by LNG on the back of demand switching and destruction in Asia,” comments James Huckstepp, Platts Analytics Manager of EMEA Gas Analytics.1 “In Europe, we will also need to see continued fuel switching in power and refining, with coal generation capacity returning and having its lifespan extended, along with the ongoing prioritisation of gas over oil exports in Norway, which will all require higher gas prices.”