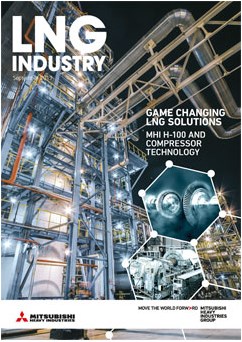 In 2005, YouTube went online, the dwarf planet Eris was discovered, and ‘Star Wars: Episode III – Revenge of the Sith’ hit the cinemas. Just as significantly (we believe), the first issue of LNG Industry magazine was launched. 14 years later, and just in time for Gastech, we are celebrating our biggest ever issue.

Since our launch, we have observed both evolution and revolution in the industry, as new markets and technologies have emerged and others have faded away. In this sense, perhaps no market is more interesting to look back on than the US LNG market.

In our first ever issue, Rob Harvan, contributing editor, had this to say: “According to the EIA, the US imported 0.23 trillion ft3 of natural gas in the form of LNG in 2002. It is estimated that LNG imports rose to approximately 0.65 trillion ft3 in 2004 and are forecast to increase to 6.40 trillion ft3 in 2025.”1

It’s fair to say that the industry’s projections were slightly off the mark, but of course nobody could have predicted the shale revolution and the implications this would have for the US LNG industry and indeed the global LNG industry.

Fast-forward to 2019, and the US LNG industry could hardly be more different.

Rather than rushing to contruct LNG import terminals, today, the US is competing with established global LNG players to assert itself as a dominant LNG exporting nation. With vast reserves now accessible due to a revolution in drilling technologies, the US’ position in the LNG market has turned on its head in the blink of an eye.

As Porter, Richards and Mills of Haynes and Boone discuss in their article starting on page 14 of this issue, “The ‘shale revolution’ has kicked off an ‘LNG revolution’ in the US. The phenomenon came to fruition in February 2016, when the first shipment of LNG departed for Brazil from the recently completed Sabine Pass terminal in Louisiana.

“US capacity additions could reach 215 million tpy by 2023, nearly eight times the estimated capacity in December 2018.”

Indeed, in August this year alone, Cameron LNG Train 1 officially started commercial operations at its site in Hackberry, Louisiana. Freeport LNG Train 1, meanwhile, commenced LNG production at its site in Freeport, Texas. In addition to this, in July, the US Department of Energy’s (DOE) Office of Fossil Energy issued an order to Gulf LNG Liquefaction Co. LLC approving exports of domestically produced LNG.

Clearly, the US LNG industry is looking up, with project final investment decisions (FIDs) rife, and Gastech returning to its spiritual home of Houston, Texas, for the third time in the event’s lifetime.

Of course, there are further challenges ahead for the US LNG industry, but it remains fascinating to see how far it has come even just in the last 14 years.

We hope you enjoy this latest issue of LNG Industry. Please feel free to pick up a copy at Tank Storage Asia, the 4th International Green & Smart Shipping Summit, and Gastech, where we will be exhibiting at stand number K402.