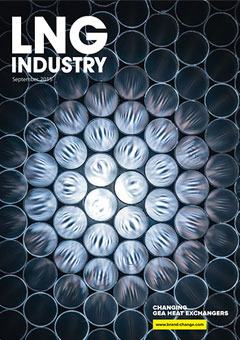 Last month, I briefly alluded to the long-term nuclear deal that was signed between Iran and six world powers in July, and the possible implications for the country’s LNG industry.This topic is the focus of an article recently published by market information provider, ICIS, entitled ‘Time to reconsider Iran’s LNG future’.1 The article suggests that the country faces a number of challenges in its attempts to export its vast reserves of gas as LNG, if and when international sanctions are finally lifted.

However, should Iran decide to resume the development of its semi-built LNG terminal in Tombak (which was mothballed due to trade restrictions), or construct new greenfield LNG projects, it will face stiff competition from LNG exporters in Australia, North America and East Africa, who are vying to secure long-term sales and purchase agreements.

Demand remains a decisive factor for a number of aspiring players in what is increasingly becoming a buyer’s market. Although Iran is said to have targeted Europe as a market for its natural gas in the years to come, its prospects for success are unlikely to be helped by Japan’s recent decision to restart its first nuclear reactor since the Fukushima disaster in 2011. The return to nuclear power is expected to have significant long-term impacts on the contract price of LNG as Japanese reliance on the commodity starts to wane. It is also likely that any surplus LNG from an oversupplied market will be diverted to Iran’s target market in Europe.

The extent of the nuclear resurrection in Japan will depend largely on public reaction, which has so far been broadly negative. As Kyushu Electric Power restarted the number one reactor at its Sendai plant, protesters gathered outside the plant and at Prime Minister Shinzo Abe’s residence in Tokyo. As we all know, public opposition can have an overwhelming influence on the prospects of any project, and all 25 of the Japanese nuclear plants that have applied to be restarted are facing legal challenges from locals. Public unrest is unlikely to subside any time soon, and LNG will undoubtedly remain an essential fuel for the country’s trusted gas-fired power plants into the future, albeit at lower contract prices.

However, it would seem that just as one nuclear deal has opened up the potential for new LNG supply from Iran, an altogether different decision regarding nuclear power in Japan is threatening to impact demand from the world’s biggest buyer of LNG.

In this issue of LNG Industry, Frost & Sullivan delves deeper into the prospects for LNG exports from Iran (starting on p. 12). The article also looks at how the LNG industry is transforming in the rest of the Middle East, with a wave of new importers emerging.