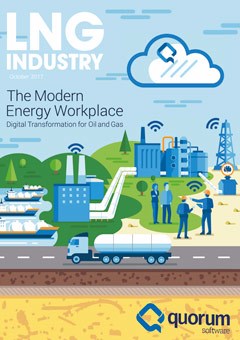 With this miserable start in mind, no Crystal Palace players have featured prominently in my fantasy football team this year. Fantasy football is essentially a competition in which participants select imaginary teams from among the players in the league and score points according to the actual performance of their players.

We have an office league, and it is competitive. Strolling into work on a Monday after a successful weekend really does feel good. Likewise, seeing your side drop down the league as colleagues take your place at the top is difficult to take.

Accurate predictions are the key to a successful fantasy season. This could be through banking on a team’s victory, or anticipating a loss of form before you are left picking up the pieces.

In late September, the Australian Energy Market Operator projected there would be a gas shortfall of between 54 and 107 petajoules in 2018, or up to 17% of demand. In an attempt to get ahead of this issue, the Australian government threatened export curbs.

In response to the threats, Australia’s three east coast LNG plants promised to plug the projected domestic gas supply shortfall in 2018. The agreement follows six months of government pressure on the producers of LNG, led by Royal Dutch Shell, ConocoPhillips, Origin Energy and Santos Ltd, who have been blamed for exhausting the local market of gas and driving up prices.

Gas has become a hot topic in Australia as rising prices are hurting households and threatening jobs. To deal with the crisis the government passed a law earlier this year that would allow it to limit exports from any of the three LNG plants on the east coast to boost local supply in any year that it deems there will be a shortfall. As mentioned, anticipating form is the key to success, and the Australian government is attempting to safeguard itself from a dip in form.

With the promise of the three east coast plants to fill the shortfall in 2018, the export controls will now not be invoked. Many Crystal Palace fans would put the failure of the team this year down to hubris. Not content with grinding out victories with a conservative, low-risk mentality, the board felt the time was right to switch to a more continental, attacking style of play. Some would accuse the Australian LNG industry of similarly trying to run before they could walk.

In a push to match up to Qatar, Australian LNG exports have continued to rise in recent years. As the country pressed to capitalise on a supply boom, it has been domestic consumers that have suffered. Australia remains on track to overtake Qatar as the world’s biggest exporter of LNG by 2019, but getting there has not been easy for the government or the oil and gas companies.

Just as my team Crystal Palace pushed for a bigger slice of the Premier League pie before they were ready, the Australian LNG industry seemingly moved ahead without proper consideration of the balance between exportation and domestic requirements. The result for both has not been pretty.

The big question now is how the Australian government will find a balance between the conflicting interests of the country’s energy exporters and its domestic consumers.