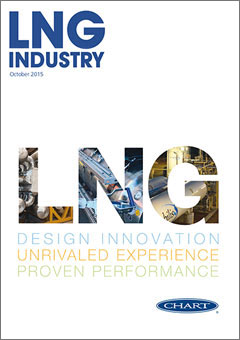 The recent news that Volkswagen (VW) has been deliberately cheating car emission tests in the US has sent shockwaves across the global automotive industry.The US Environmental Protection Agency (EPA) uncovered that 482 000 VW cars in the US had been fitted with so-called ‘defeat devices’ in their diesel engines. The sophisticated software was able to detect when the vehicle was undergoing performance tests and switch the car’s emission controls on and off accordingly to improve results. The software ensured that the vehicles passed emission tests without a glitch. However, away from the laboratory, the pollution controls were deactivated and the engines emitted NOX pollutants that were up to 40 times above permitted levels in the US, according to the EPA.

Since the scandal broke, VW has admitted that around 11 million cars worldwide are fitted with the defeat device, and that it also manipulated results in Europe. Unsurprisingly, VW’s Chief Executive, Martin Winterkorn, quickly tendered his resignation as the company’s shares plunged 30% in the first few days after the news broke. At the time of writing, VW was working out how to refit the software in the 11 million diesel engines involved in the scandal, and it had set aside €6.5 billion to cover costs. However, the financial implications are likely to be far worse for VW as it readies itself for heavy fines from the EPA and legal action from consumers and shareholders. According to reports, the US Department of Justice has also opened a criminal probe against VW.

The scandal highlights the challenges facing companies as they attempt to adhere to strict emission standards without sacrificing fuel economy or performance. Evidently, this was a challenge that VW was not up to, and its decision to cheat the system is certainly deserving of condemnation. However, the crisis also casts serious doubts on the ability of the ‘clean diesel’ engine concept to comply with modern emission limits. This has opened the door to alternative solutions, including natural gas.

Although LNG is not a viable fuel for passenger cars (this will have to be left to its sister fuel, CNG), the merits of LNG as a substitute fuel for diesel in the marine, rail and trucking sectors are well known. LNG offers a safe, reliable and cheap solution to diesel that can cut NOX emissions by up to 80% and particulate emissions by 75% compared to diesel.1

This issue of LNG Industry contains a number of articles exploring the benefits of LNG as a transport fuel, including an interesting piece from ABS, introducing its updated guidance for LNG bunkering and LNG as a fuel (p. 73). As interest in the use of LNG as a transport fuel rapidly increases, guidance notes and advisory pieces such as these are essential tools to outline the benefits, challenges and regulatory requirements that accompany the emergence of LNG as a fuel. Clear advice and guidance should help ensure that the industry remains scandal free on its journey to wider acceptance.

The use of LNG as a transport fuel will be one of the key topics addressed at this year’s Gastech Conference and Exhibition in Singapore. A preview of a small selection of companies that will be exhibiting at the show can be found at the back of this issue (starting on p. 107). Please drop by stand B640 to meet the LNG Industry team.