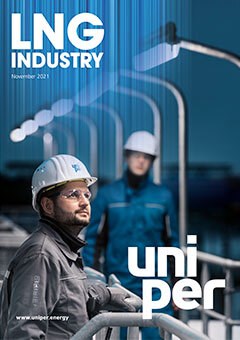 The phrase on everyone’s lips, and filling the subject lines of most emails in my inbox, is COP26. This iconic climate conference has only been underway for several days, but already we have heard some remarkable statements and collaborative strategies, and the LNG industry is not out of reach of numerous initiatives.

For those that have managed to avoid all news of COP26, this is a UN Climate Change Conference, held this year in Glasgow, Scotland, where world leaders are gathering to pool ideas and present creative ways to actively reduce carbon emissions in line with the Paris Climate Agreement goals. There was no need to continue the virtual attendance similar to recent conferences and events, to arrive at COP26 many world leaders and dignitaries chose to arrive by private jet – 400 in fact. This use of transportation emitted as much carbon dioxide as 1600 Scottish people do in a year. So, the event was not off to a particularly green start.

Skipping from aeroplanes to boats – the role of the shipping industry has become one of the topics of discussion at COP26, with further focus expected in the coming days. 14 of the world’s nations have taken action to decarbonise the maritime sector, having signed the ‘Declaration on Zero Emission Shipping by 2050.’

Major shipping nations are involved, including the UK, US, Denmark, Germany, France, and Norway, as well as other noticeable players in Belgium, Finland, Honduras, Hungary, Iceland, the Marshall Islands, Panama, and Sweden. This shipping declaration essentially sets up a discussion for the International Maritime Organization’s (IMO) Marine Environment Protection Committee gathering which takes place in several weeks.

By signing the declaration, the countries “commit to strengthen global efforts to achieve zero emissions from international shipping by 2050. In that regard, pledge to work at IMO to adopt such a goal, to adopt goals for 2030 and 2040 that place the sector on a pathway to full decarbonisation by 2050, and to adopt the measures to help achieve these goals.” The IMO’s current target is a minimum 50% cut in emissions by 2050 compared to 2008 levels, so this new direction would be a significant step up.

Another global pledge decided at COP26 that will indirectly affect the LNG industry regards the issue of methane emissions. US President Joe Biden and European Commission President Ursula von der Leyen led the initiative, which aims to achieve a 30% reduction in methane emissions by 2030 compared to 2020 quantities. More than 100 countries have come onboard with this goal, however the major emitters of India, China, and Russia, have chosen not to be involved. Studies have shown that methane is a more powerful contributor to global warming (as a warming agent) than carbon dioxide, thus cutting its emissions in line with the agreement will assist the world in avoiding 0.3°C of warming by 2040.

Methane slip has been an issue of concern for a while, particularly as the shipping industry moves in the direction of LNG. Like most things in life, there are critics and sceptics and supporters. Some groups say that LNG should not be pursued by the shipping industry, and instead should look to alternatives such as ammonia and hydrogen. On the other hand, some organisations are proving that progress is underway in reducing emissions from LNG-fuelled ships, so there should be less concern.

With numerous days of COP26 still to go, keep an eye on LNG Industry’s website to stay aware of the latest developments and new declarations that will impact the sector.