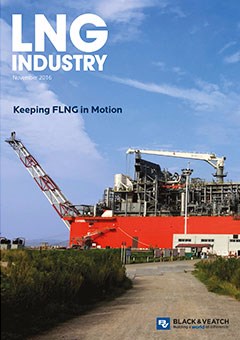 The Canadian government recently made the landmark decision to approve the Pacific NorthWest LNG (PNW LNG) project. The proposed facility, located on Lelu Island within the District of Port Edward in British Columbia (B.C.), plans to liquefy and export natural gas produced by Progress Energy Canada Ltd in northeast B.C.

Approval of the Petronas-led project was the first major energy policy decision from Prime Minster Justin Trudeau’s governing Liberal Party. And it has proven a controversial one.

While the decision was immediately welcomed by the likes of the Canadian Association of Petroleum Producers (CAPP), it has attracted criticism – and lawsuits – from environmental groups and some First Nations. The Gitanyow Hereditary Chiefs and Gitwilgyoots Tribe have launched federal court actions, arguing that the government failed to meaningfully engage with them prior to approving the project. Meanwhile, the SkeenaWild Conservation Trust alleges that there are flaws in the environmental assessment process and has raised concerns that the project would negatively impact a critical salmon habitat in the area.

These court challenges are the latest obstacle for the PNW LNG project, which was delayed approximately three years while awaiting its environmental permit (during which time LNG prices have dropped significantly). The Canadian government’s approval of the project is littered with red tape – it is subject to 190 conditions designed to minimise the terminal’s environmental impact. Petronas has said that it will consider these conditions before deciding to make a final investment decision (FID) on PNW LNG. The Malaysian oil and gas group also intends to conduct a total review of the project, as it weighs up its potential within current market conditions.

PNW LNG’s struggles are symptomatic of the problems facing proposed export projects in Canada. Earlier this year, AltaGas shelved plans to develop its Douglas Channel LNG project near Kitimat, B.C., while Shell has also put its LNG Canada project on hold. Although government approval is certainly a significant step forward for the PNW LNG project, a number of hurdles still need to be overcome.

This month’s regional report (starting on p. 14) addresses another significant challenge for LNG projects in B.C. – a lack of skilled workers. T.A. Cook Consultants contends that the labour shortage is forcing companies to compete for a limited pool of workers, which ultimately pushes up costs. The author believes that companies must look to the future of the workforce, who will need to receive adequate training from experienced staff before they set sail into retirement.

Despite all of these challenges, a new report from The Conference Board of Canada highlights that demand for LNG will expand in the long-term, opening up an opportunity for LNG exports from Canada.1 Carlos A. Murillo, Economist, The Conference Board of Canada, states: “While low prices will challenge the economics of new Canadian LNG projects, the news is not all bad for Canada’s gas extraction industry. New investment will still be needed to meet the world’s long-term demand for natural gas.”

However, Mr Murillo argues that project proponents must strive to remain cost competitive and carefully consider time of entry if they are to take advantage of this opportunity. We wait to see whether Petronas decides that the time is right to push ahead with the PNW LNG project.