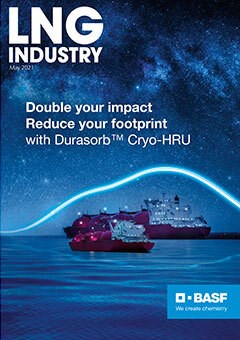 Since the recent publication of the World Bank’s report ‘The Role of LNG in the Transition Toward Low- and Zero-Carbon Shipping’, there has been much dispute in the industry regarding the report’s findings. LNG is constantly pitched as the greenest fossil fuel and has been acknowledged as an ideal transitional fuel for the industry’s journey to decarbonisation. However, read the 94-page report and it appears that LNG’s use as a bunker fuel should be avoided and it will be costlier to use LNG as a transition fuel in comparison with immediately introducing zero-carbon fuels.

I cannot say I am alone in my confusion regarding the report’s findings. Take Total, for example, which only this week realised France’s first ship-to-containership LNG bunkering and reiterated the positive momentum LNG as a marine fuel has gained in the global shipping industry, and how it lays the foundation for introducing bio-LNG at a stage in the future. Similarly, in a recent speech at the Singapore Maritime Technology Conference, Grahaeme Henderson – Shell’s Head of Shipping and Maritime – stated how the industry cannot sit idle until alternative fuels are available, because LNG is the choice today for minimising cumulative emissions from the shipping sector.

Not trying to sound like a broken record, but the benefits of LNG as a marine fuel are well recognised. LNG emits low quantities of sulfur oxides, nitrogen oxides, and particulate matter, and in fact using it can cut greenhouse gas emissions (GHG) by up to 23%. In comparison with the traditional oil-derived bunker fuels used in the shipping industry, LNG’s air quality improvements are “undeniable” reports the World Bank, yet still it considers the fuel to only play “a limited role in the decarbonisation of the maritime transport sector.”

Alternative fuels such as hydrogen or ammonia are considered the ultimate goal in the future, as they are zero-carbon bunker fuels, and the concern is that all the infrastructure and technology developed for LNG as a transitional fuel cannot actually be utilised by the likes of hydrogen and ammonia – they are technically incompatible.

To approach it from this angle you can understand that it is risky to spend millions of dollars on infrastructure that, at some unknown point in the near or far future, will be redundant when zero-carbon bunker fuels are the sole fuel of the industry.

However, the saying “you must learn to walk before you can run” seems valid here. Whilst the goal of a carbon neutral industry is the ultimate objective, it cannot just be a case of jumping from conventional heavy fuel oil straight to the likes of hydrogen – this simply is not feasible. SEA-LNG reinforces this logic, stating how to wait for unproven alternatives will only worsen the current GHG problems.

Just looking at news from the industry in the last week, there have been countless successful bunkering updates. Titan LNG has developed a new LNG bunkering barge to supply English Channel regions with LNG; Puget LNG is to supply LNG marine fuel to GAC’s customers in the Pacific Northwest; Bureau Veritas has awarded classification to Norway’s first LNG bunkering vessel; to name a few samples from recent days.

To conclude with the remarks of Shell’s Grahaeme Henderson, in the shipping sector today, LNG is the lowest emission fuel available at scale – there is no fuel that can rival this ability.