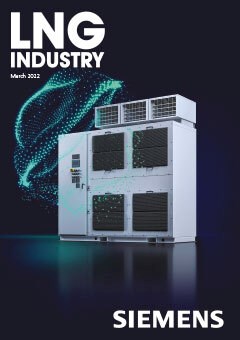 Australia’s economy is famously resource driven and it is an economy in good health in the face of COVID-19 challenges. In February, the Australian Bureau of Statistics confirmed a new calendar year record for resources and energy industry exports in 2021, up almost one-third y/y to AUS$348.9 billion (roughly US$256.2 billion).

Australia is currently in an advantageous position to deliver reliable, affordable energy at a global scale, benefiting not only its importing neighbours – mostly located in East Asia and the Indo-Pacific – but the national economy too.

LNG, as Australia’s third-largest export commodity after iron ore and coal, provides an important pathway for energy security, economic growth, and reducing emissions in developing economies still heavily reliant on coal-fired power for much of their energy and electricity supply. China, Australia’s single-largest LNG customer, has prioritised energy security and decarbonisation in its most recent five-year plan, including an increase in the use of natural gas, ensuring Australia is well placed to expedite delivery of these aims.

The recent spike in global thermal coal use provides a timely reminder of how important a robust natural gas supply is, and Australia has plenty to go round; indeed, the recent news that the EU is considering including natural gas in its list of energy sources eligible for green investment could well provide further (and farther) opportunities for Australia to demonstrate its competitive advantage in this capacity.

Australia is home to a substantial number of large scale LNG developments operating across the nation’s gas basins. Western Australia is the country’s largest exporting region (responsible for more than half of LNG exports), but activity can be found all over the country, with high concentrations in Queensland and the Northern Territory as well.

The past year saw several major industry announcements. The largest of these was an AUS$16 billion (US$11.8 billion) Final Investment Decision on Woodside Energy and BHP’s Scarborough and Pluto Train 2 LNG project in the Pilbara region of Western Australia. Scarborough’s reservoir, which contains just 0.1% carbon dioxide, is set to deliver an initial 11.1 trillion ft3 of dry gas from the offshore Scarborough field to the onshore Pluto facility once the new train goes online in 2026.

Elsewhere, the Beetaloo Basin in the Northern Territory – located roughly 300 miles southeast of Darwin – has also been cited as a highly prospective region for future gas developments, including LNG developments, in Australia, and an opportunity to deliver strong, long-term opportunities for regional communities and Traditional Owners.

A 2020 Deloitte Access Economics report commissioned by the Australian Government’s Department of Industry, Science, Energy, and Resources (DISER) also backed up the Beetaloo Basin’s potential, projecting up to 6000 full-time jobs by 2040 and AUS$18 billion to AUS$36.8 billion (US$13.2 billion to US$27.0 billion) in economic activity over the same period.

Whether it is The Ashes, the rugby, or even the soccer, we Aussies can get quite competitive, and this extends to our LNG industry.

In December last year, the US achieved a milestone when it took pole position as the world’s top LNG exporter for the month, buoyed by the increased supply to Europe.

When measured on an annual basis, however, Australia vies only with Qatar as the world’s premier LNG exporter. And 2021 was the industry’s biggest year yet, with the country retaining its crown for the second year in a row.

LNG cargoes from Australia rose to an estimated 80.9 million t in the 2021 calendar year, according to statistics from EnergyQuest, a record besting the pre-pandemic high of 77 million t in 2019.

Australia, like many countries, is beginning to recover from the worst economic effects of the COVID-19 pandemic, and with a federal election expected by May, LNG undoubtedly remains high on both major parties’ economic platforms.

Net zero is also high on the agenda for the nation and for the industry, including in light of last year’s COP26 Conference in Glasgow, and Australia is emerging as an attractive location for developing emissions reduction industries such as carbon capture and storage and hydrogen, which can make extensive use of existing LNG infrastructure.

APPEA recently published its recommendations to Australia’s ruling Coalition Government (currently a mix of Liberal and National Party MPs) ahead of the publication of the 2022 - 2023 Federal Budget.

We believe that by reducing barriers for investment, particularly for large scale projects, and introducing investment allowances for new energy activities and projects to encourage emissions reduction, Australia can continue to flourish as an attractive and globally competitive destination for LNG.