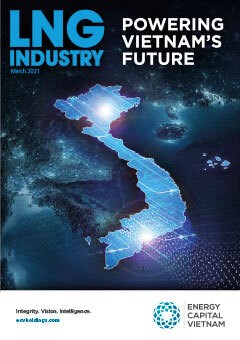 Think of Texas, and personally my mind pictures ranches of cattle, vast oil exploration, heavy humidity, and platters of barbeque. Thus, when President Biden declared a state of emergency in Texas as temperatures fell to 0°F (-18°C) while the state was battered by a deadly winter storm and a white blanket fell upon the land, it seemed entirely extraordinary and unexpected. To hear that people were without electricity for days, at a time when a hot cup of coffee and some central heating were vital, has caused many questions to arise regarding the state of the power grid and its complete failure when most needed.

Conflict has arisen as to the energy mix in Texas, which appeared rather unsuitable for times of extreme weather – i.e. wind power is Texas’ second largest source of electricity, and the storm took almost half of the wind power generation out of action. With the world pushing for more renewable energy, the chaos in Texas mere weeks ago may hamper this aim, with some in the state reiterating the crucial role of fossil fuels in Texan power. However, with natural gas contributing 51% of Texas’ power generation, the failure of many natural gas power plants due to the freezing cold was evidently also to blame for the power cuts – fossil fuels were not without fault.

With the US struggling with energy and weather issues, the latest report from GlobalData adds even more bleak news for the country. The data company has reported that European majors are expected to experience stronger LNG capacity growth to 2025 in comparison to their US counterparts. However, US companies Exxon and Chevron do have several projects in the works which, all dependent on a Final Investment Decision (FID), could see them acting more competitively with their European peers. Presently though, Europe’s Shell and Total have significant LNG developments on the cards, with the targeted regions including Nigeria, Oman, and Canada.

Qatar Petroleum’s February FID for its US$28.75 billion North Field East project – with a capacity of 33 million tpy of LNG – has also increased the competition between majors trying to grab future growth in the market. Reportedly, the project’s capacity will, by 2025, be responsible for a staggering 6% of all active global LNG capacity in 2025. Just considering the news of recent days, Qatar Petroleum has signed long-term agreements to supply LNG to Bangladesh (1.25 million tpy) and Pakistan (3 million tpy). However, Asia need fear not complete European influence, as there are plans for Vietnam to receive LNG from the US – as detailed in our issue’s cover story (p.34).

On a similarly promising note, US LNG is still on the rise, albeit slightly behind the Europeans. In fact, the US Energy Information Administration has predicted that US LNG exports will exceed natural gas exports by pipeline by 2022. The completion and successful action for the country’s export facilities to be operating near their full capacities is enabling this change in export leadership. Important to note, however, is that pipeline exports are themselves increasing as pipeline projects are completed, particularly in Mexico which is receiving more and more US exports to meet demand – although these flows from Texas also took a dip during the winter storm.

Now Texas has become aware of the vulnerability of its energy system and how its infrastructure is unable to operate in extreme cold, since extreme heat and drought are the more common weather events of the state, winterisation of equipment is an essential action for the future. Similarly, with renewables producing an abundance of energy at often the least ideal of times, energy storage will be key to making green energy sources more dependable. To be the only state of the Lower 48 states to run its own grid, steps for improvement are vital.