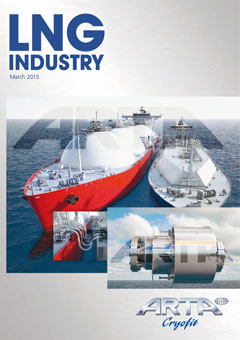 Slowing demand for natural gas in Asia is beginning to cast an increasingly gloomy shadow over the LNG industry in the short-term. In mid-February, Reuters suggested that decreased demand in the world gas market may be showing signs of turning into a ‘crisis’, as highlighted by the fact that over a dozen LNG carriers were parked in and around Singapore with nothing to do but wait for an upturn.

It seems that a number of these idle carriers could soon be sailing their way over to Pakistan. At the time of writing, Qatargas was reported to be closing in on a deal to supply the country with 3 million tpy of LNG for 15 years.

LNG is heralded as the short-term saviour to Pakistan’s worsening energy crisis, which has been crippling its economy since 2008. The country’s energy requirements far outstrip its supply, reaching a height of 9000 MW. This has resulted in massive load shedding, which has caused unscheduled industry shutdowns and huge power shortages, with some residents in rural areas receiving as little as four hours of electricity per day. And this is just the tip of the iceberg, with many experts warning of serious implications for the country’s volatile security situation, as well as its economy, should the energy crisis persist.

In April 2014, an LNG Services Agreement (LSA) was signed between Engro Elengy Terminal Private Ltd (ETPL) and Sui Southern Gas Company (SSGC). This followed a successful bid from Elengy Terminal Pakistan Ltd – a subsidiary of Engro Corp. – for a fast track LNG contract advertised by the government of Pakistan. In the title of its press release announcing the signing of the LSA, Engro declared: ‘End to energy crisis in sight’, which provides some indication of the significance of the agreement.

Under the terms of the deal, ETPL has to complete the construction of the regasification terminal’s infrastructure within 335 days. Now nearing completion, the terminal is expected to become operational from March. At the end of February, the Asian Development Bank (ADB) approved a US$30 million loan for the project. The International Finance Corp. (US$20 million) and local banks (US$50 million) are also expected to contribute, while the rest of the project financing will come from equity proceeds of US$33.3 million.

This issue of LNG Industry takes a closer look behind the scenes at the development of Pakistan’s first LNG terminal. In an exclusive article starting on p. 18, Sheikh Imran ul Haque, CEO of Engro Elengy Terminal Pakistan Ltd, discusses the finer details of the milestone project, which is set to save the government of Pakistan an estimated US$1 billion per year on its current fuel import bill.

Pakistan is just one of the countries that stands to benefit from what looks certain to be an LNG buyer’s market in 2015. Plans are now afoot for a second regasification terminal in the country, tendered by SSGC, which will further help to reduce Pakistan’s energy shortfall.

You can keep up to date with the progress of these projects, and Pakistan’s negotiations with Qatar, on our website: www.lngindustry.com