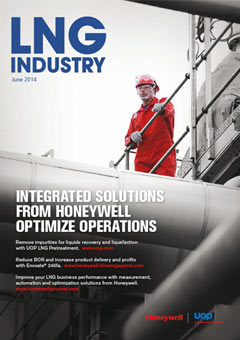 After years of negotiations, Russia and China finally thrashed out a multi-billion dollar, 30-year gas supply deal last month at a summit in Shanghai. The contract between Gazprom and China National Petroleum Corp. (CNPC), estimated to be worth over US$ 400 billion, will see Russia pump some 38 billion m3/year of natural gas into China via the ‘Power of Siberia’ pipeline, starting around 2018.

Details of the huge gas deal are under lock and key, presumably as President Vladimir Putin ended up giving away more than he really wanted to. Russia’s desire to find a new buyer for its gas in the wake of strained relations with the West was undoubtedly more pressing than China’s goal to reduce the coal-fired smog engulfing the country.

Despite the uncertainty, market analysts predict that China has secured a bargain price in the region of US$ 9 - 10/million Btu. Crucially, this price is below the Asian cost of importing LNG (Reuters estimates that China’s average LNG import cost stood at US$ 10.84/million Btu in April 2014).

This has prompted much commentary on the potential implications for proposed LNG projects around the world. Although the deal will not crowd out LNG imports into China – especially in the southeast of the country, which is some distance away from where the Russian pipeline will emerge – it has set a benchmark for natural gas pricing in Asia, and granted China greater leverage when negotiating contracts with proposed LNG projects.

As a result, industry analysts fear that some of the higher-cost LNG projects in North America, East Africa and Australia will be less likely to be built. These projects need to factor in significant capital expenditure and shipping costs when calculating long-term sales agreements with customers in Asia. However, Asian buyers will be reluctant to lock themselves into long-term inflexible price arrangements at a time when market dynamics are actively lowering prices.

Christy Clark, the Premier of British Columbia, was quick to dismiss fears that the Russia-China deal could be set to dash B.C.’s LNG export dreams. Speaking at the recent second annual ‘International LNG in B.C. Conference’, Clark stressed that Canadian companies always expected the Russia-China deal to be concluded eventually, while emphasising that B.C. can offer customers in Asia security of supply: “I don’t think there is a country in the world that today wants to depend on Russia as their sole supplier of natural gas,” Clark is reported to have said.

Although Clark may have ‘expected’ the Russia-China deal, there is little doubt that she would have hoped that it hadn’t come so soon. The key questions now are likely to be what value Asia places on security of supply and which LNG projects will be able to compete in the shifting energy market.

This issue of LNG Industry takes a closer look at a more traditional problem for the LNG Industry: training and recruitment. NES Global Talent examines the skills needed to fulfil Australia’s LNG potential (p. 18) and we talk to Amy Taylor, a recent graduate in BP’s IST department, about what a career in the LNG industry can offer graduates (p. 23). Amy remarks: “With the shifting political landscape [...] this industry is going to continue to change. This means the emergence of new opportunities that need to be seized and new risks that need to be managed.” It will be interesting to monitor how the LNG industry rises to its latest challenge.