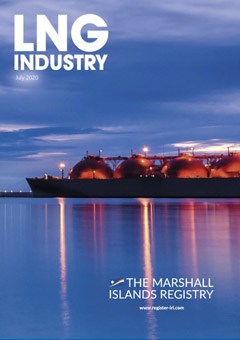 Kicking off this month in Tokyo, Japan, should have been the start of the 2020 Summer Olympics – where acts of camaraderie, tireless commitment, true grit, and an all-round vision of excitement are splashed across television screens from every corner of the globe. Instead, July 2021 gets to host this quadrennial event, still marketed as Tokyo 2020 for continuity purposes and the fact hundreds of medals are emblazoned ‘2020’, a marker in time of what should have been.

This is not the first time that Tokyo has hosted the event, although it is the second time a global disaster has thwarted its running. The 1940 Olympics was planned for Tokyo but moved to Helskini, Finland, and eventually scrapped due to World War II.

As with all host countries of the Olympic Games, Japan has ploughed considerable investment (in the region of US$12.6 billion) into preparing for the event, and now this has been postponed, the number of foreign visitors to the country will be a fraction of what was expected for these summer months. Experienced by all countries in the world, tourism is suffering dramatically as a result of Covid-19. In fact, Japan’s government was recently rumoured to be launching a campaign that would involve subsidising the trips of foreign tourists to Japan, in a bid to boost the economy and the flailing tourist industry. Extensive coverage of this plan occurred, however Japan’s Tourism Agency has now dismissed the information, clarifying it was false and actually they would only subsidise a portion of domestic travel expenses, although this is still under consideration and yet to be finalised.

It seems like a time of subsidies is upon us, with Argentina announcing plans to subsidise the price of oil and gas because the country is experiencing an uncertain natural gas supply and lower oil refining inputs. The plan is still under development, thus in the meantime, Argentina’s demand for natural gas will need to be met by an increase in LNG imports. The period from June to August is when consumption of natural gas in the country is highest, as the winter cold is felt; however, production during these months is insufficient to meet demand – evident in reports showing that production has been cut by 490 million ft³/d. Importing LNG is a viable solution to fill the gaps in domestic supply, and Wood Mackenzie has estimated that Argentina’s imports have the potential to rise from US$400 million in 2019 to US$3 billion in 2022, thus requiring a new LNG regasification terminal in 2021. Argentina is normally able to import LNG only during its cooler months, receiving product at an FSRU moored at the Escobar port near Buenos Aires, and can export the rest of the year; however, a multitude of factors, including the pandemic, have impacted production more so than normal.

There is always a concern that government intervention in markets can produce undesired consequences, but this largely does not hold back countries from continuing to hand out subsidies, and this will have increased during the pandemic times. The International Energy Agency reported a sum of US$318 billion in energy subsidies across 40 countries last year, with the main culprits being oil, petroleum products, natural gas, coal, and electricity. Years into the future it will be interesting to look back on the harm inflicted on the LNG industry by the pandemic. In the short-term, it will be the lack of 339 events in 33 different sports that we are unable to watch on our televisions that we think of, but in the long-term it will be the graphical change in production, consumption, subsidies, project cancellations, exports and imports, that remind us of the tumultuous times faced by all.