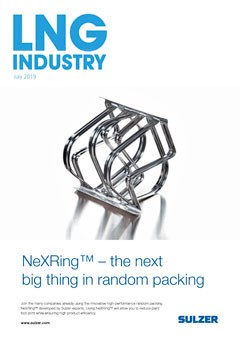 Summer has arrived. Whilst the warm weather means an increase in trips to the beach, tans, al fresco dining and consumption of ice cream, the sun can be a cruel mistress and must be respected.

Cities in particular attract and retain more heat than their surrounding areas. The so-called ‘urban heat island’ effect describes a phenomenon by which cities become much hotter than the surrounding rural land, mostly because of the use of artificial land surfaces like concrete and steel.

This phenomenon does not only cause an increase in drinks orders, but also deaths. Indeed, while the warm weather is being welcomed by many, especially in our own rainy island (the UK), analysts estimate that tens of thousands of people died as a result of the 2003 European heat wave alone.

With record temperatures in France of 45.9ºC, authorities are taking emergency measures to ensure there are no heat-related fatalities. These include schools being shut down, parks being kept open later (as they are cooler than the cities), and temporary water fountains being implemented.

In Milan, Italy, meanwhile, The Guardian reports that the surge in demand for air conditioning has caused power cuts, whilst in Spain, wildfires are spreading across the country.1

Clearly then, citizens of Europe would be wise to be liberal with the sun cream and beverages, and to seek shade at any given opportunity.

In future, such heat waves will only become more frequent, and so it is crucial that the world transitions to a cleaner source of energy that can fuel our growing world whilst not aggravating the problem.

Luckily, shipowners, power plant owners and other facilities are increasingly turning to LNG as a better alternative to traditional fuels like coal and diesel. The transition will not happen overnight, but with new legislation coming into effect, its future is undoubtedly bright.

Of course, this fuel transition is not limited to Europe. Asia, for instance, is rapidly increasing its LNG imports, as countries such as China move away from coal-fired facilities.

This issue of LNG Industry therefore includes a report by Bernadette Cullinane and Nye Hill of Deloitte, who look at the global LNG industry, with a particular focus on Asia.

As the authors summarise in their conclusion: “The forecast increase in demand for gas will come from the high growth Asian economies whose energy systems still rely heavily on coal. Clean air policies mandating coal-to-gas switching, together with strong economic growth, will drive LNG demand in Asia.”

Of course, there is a long way to go before LNG reaches its full potential. In the meantime, let’s try to enjoy the summer weather without getting too burnt.

We hope you enjoy this latest issue of LNG Industry magazine. Please feel free to grab a copy at the Turbomachinery & Pump Symposia in Houston, Texas.