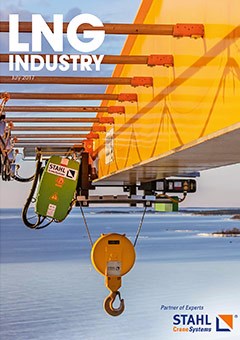 In the global game of Monopoly, the US is attempting to acquire a formidable lineup of hotels dotted across the board. Rather than property however, it is through energy export deals that the US is seeking to project power.

Whilst the likes of Australia, Qatar, and Russia have established deals in place in some of the pricier sections of the board, the US is looking to strengthen its position and force others to pay up across the full spectrum of colours.

As the other players watch on, the US is promoting a golden age of its energy business by attempting to assert power abroad through a boost in natural gas exports.1 In an effort to make its rivals ‘pay up’, the US is rebranding efforts to export LNG to markets in Eastern Europe and Asia.

US representatives are meeting in Warsaw, Poland, this month with a dozen leaders from Central and Eastern Europe to promote US LNG exports. For a region highly dependent on Russian supply, the US alternative may prove an attractive alternative. Perhaps these smaller players are becoming tired of the big penalties they are facing on each throw of the dice? As the US shoehorns its way into the Russian coloured part of the board, the hope for countries like Poland is that prices are eventually driven down.

Poland opened its first LNG terminal a year ago as part of an effort to cut its dependence on Russian gas and has lofty ambitions of becoming a regional gas hub. In early June, the Polish gas company PGNiG received its first US spot delivery of LNG from Cheniere Energy.2 It can only help the prospects of players like Poland to welcome the increased competition.

The US is flexing its muscles from a strong starting position. It has plenty of monopoly money in the bank as it makes a push for some of the less well-trodden stops on the game’s circuit. There is currently one operating US LNG exporting facility in Sabine Pass, Louisiana, with four others currently under construction that are expected to become operational between 2018 and 2020. It seems inevitable that as these facilities come online, and exports continue to increase, the US will turn its attention to some of the more expensive stops.

You could argue that Qatar is currently taking up residence on the Mayfair and Park Lane stops of the board, stacking up rows of hotels. They have not however had the luck of the dice on recent throws.

The UAE, alongside Saudi Arabia, Egypt and Bahrain, has taken measures to isolate Qatar, placing the nation under a blockade indefinitely. The coalition has announced that they have severed all ties with Qatar, including transport links, complicating shipments for the world’s largest exporter of LNG. As a result of the blockade, Qatar has been forced to book new refuelling stops in Gibraltar, Singapore and other shipping fuel hubs.

Perhaps seizing on a moment of weakness, Russian gas producer Novatek has announced that it aims to topple Qatar as the top exporter. Novatek expects to start exporting LNG from the first phase of the Yamal project towards to end of this year. However, it is the inception of the company’s second large scale LNG project called Arctic LNG 2 that would transform the company into a leading global producer within the next 10 years.3

With its competitors seemingly rounding on Qatar and another ‘Do not pass Go’ card collected, the Gulf nation could be forgiven for throwing a classic Monopoly tantrum.

As the game progresses and more players make a bid for high earning spots, nobody is any closer to achieving a monopoly. Frost & Sullivan provide this month’s regional report investigating the LNG scene in Latin America. We are also showcasing the latest developments in FSRUs/FPSOs, heat exchangers, training and simulation. I’d also like to point out our Extreme feature, highlighting safety systems, hazardous environments and hostile operating conditions. I hope you enjoy this issue!