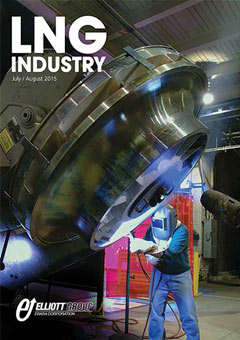 The European summer has seen plenty of heat emanating from Brussels. After marathon all-night talks, Eurozone leaders finally reached an agreement over a third bailout deal for Greece in mid-July. The deal would see the beleaguered country receive up to €86 billion over three years, on the condition that it makes substantial concessions. The finance deal has received a mixed reception and, at the time of writing, it was still far from finalised, with negotiators from Greek’s creditors arriving in Athens to begin a new round of tough talks.

Heated all-night negotiations have not been confined to Brussels in the last month or so. In Vienna, a long-term nuclear deal has recently been signed between Iran and six word powers (the US, the UK, France, Russia, China and Germany). Under the Joint Comprehensive Plan of Action (JCPOA), Iran has agreed to limit its nuclear activities in return for the lifting of international economic sanctions.

The JCPOA opens the door to Iran’s reintegration with the international community, and the country’s energy industry is likely to be a significant beneficiary. According to BP’s Statistical Review of World Energy, Iran had the largest proved reserves of natural gas in the world at the end of 2014 (34 trillion m3).1 However, the country’s enormous export potential has been hampered by international sanctions. This deal is expected to lead to discussions regarding the next stage of the South Pars gas field development and will likely reignite interest in the country’s half-built LNG plant in Tombak, which was postponed due to trade restrictions on essential technology. Meanwhile, just days before the JCPOA was confirmed, National Iranian Gas Exports Company (NIGEC) announced that it is in talks with a floating LNG producer regarding the purchase of FLNG equipment. Although there are still plenty of hurdles for Iran to overcome before its LNG industry can be considered up and running, the starting gun has certainly been sounded.

Over the pond, late-night meetings were also taking place in Canada as the government of British Columbia (B.C.) recalled legislature for an extraordinary summer session to debate Bill 30, the Liquefied Natural Gas Project Agreements Act. After a week or so of negotiations, the bill was passed, providing the legislative authority for government to enter into LNG project agreements. The act allows for ratification of the first LNG project agreement with Pacific NorthWest LNG, who will now be protected from targeted tax increases. The historic deal, which will provide a template for other proposed LNG projects in B.C., is the penultimate step in Pacific NorthWest LNG’s plan to build its export project. The final hurdle – environmental approval from the government of Canada – could prove more challenging due to opposition from First Nations.

In this issue of LNG Industry, The Economist Intelligence Unit takes a closer look at the drivers and constraints in Canada’s LNG industry (p. 12), while the Canadian Ferry Operators Association discusses the emergence of LNG as an important fuel in the country’s ferry industry (p. 56).

If you are interested in reading more about Iran’s nascent LNG export industry, keep an eye out for next month’s issue of LNG Industry, which includes a report on the latest LNG developments in the Middle East.