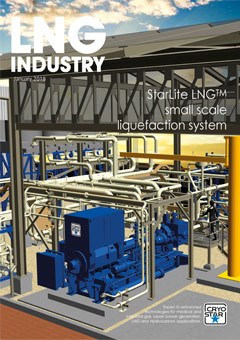 Some 4000 years ago, the ancient Babylonians made the first ever New Year’s resolutions.

In mid-March (the turn of the year at the time), when the crops were planted, the Babylonians made promises to the gods to pay their debts and return any objects they had borrowed. If they kept their word, their gods would bestow favour on them for the coming year. If not, they would find themselves in the bad books of their gods.

The custom has continued, with a change of date (thanks Caesar), right the way through to 2018, although today’s resolutions are a mostly secular practice focusing on self-improvement.

This year I am determined to get back into yoga in a big way. We shared a brief fling last summer but it fizzled out. Whilst in my heart I remain optimistic that this time it will stick, my head tells me that I will go full steam ahead through January, start to sputter by mid-February, and completely stop by March, frustrated by an inability to master a pigeon pose.

The start of a new year is naturally a time when we reflect on what has passed and make forecasts for what is yet to come. I’m not forecasting great things for my resolution. In contrast, Sanford C. Berstein & Co are forecasting a flurry of activity for the LNG industry that will almost certainly make it past spring.

Bernstein analysts said in a report released in early January that the next wave of LNG projects is set to begin as early as this year. This represents a far more aggressive timetable than the company forecast in September, when it announced that investment decisions for the next group of plants would not arrive until 2019.

According to the report, energy companies will approve investments for more than 150 million tpy of new supply capacity over the next four years. To put this into perspective, global consumption was 286 million tons in 2017. The most economically appealing projects, according to Bernstein, are those in Qatar, Papua New Guinea, Russia and the US, followed by Mozambique and Australian expansion projects.1

Led by emerging markets, demand rose by approximately 10% last year. New projects coming online over the next few years are expected to go beyond servicing this demand growth, with Berstein predicting that the new projects will eventually result in excess production capacity of as much as 54 million tons by 2020.

Whilst I retire from yoga in early March, inflexible and suffering from a lack of mindfulness, the LNG industry will continue to push on with projects attempting to soak up increasing demand. With 2017 ending on a high for many LNG suppliers, traders and capacity holders, much will be expected for the next twelve months.

The rate of LNG supply growth will increase further in 2018, with almost 40 million tons of additional supply entering the market. Will China, with is huge gasification programme to move millions of households and industry from coal to gas for heating, come once again to the market’s rescue and absorb the increasing supply, or will 2018 be the year of the long-anticipated LNG glut.

In this month’s issue, colleagues from Norton Rose Fulbright have come together to discuss what lies ahead for the LNG industry in 2018 in our regional report. The article features perspectives on the market in Australia, Asia, the US and Africa, providing a comprehensive outlook for the year ahead. Alongside this piece we are showcasing features on transfer systems, pumps, small scale LNG, and more. We hope you enjoy the first issue of 2018, a fascinating year for LNG.