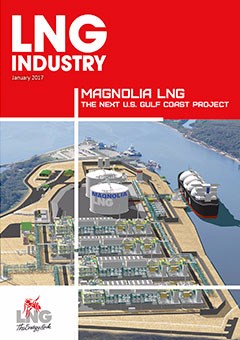 For many, 2016 will go down as one of the worst years in history. After a quick glance at the news, it’s hard to disagree. Political turmoil, economic uncertainty and a spate of celebrity deaths have dominated the headlines over the last twelve months. Nevertheless, as we limp, black-and-blue, into 2017, hope remains for a brighter year ahead.

After a year fraught with challenges, Australian LNG also remains optimistic for a record year in 2017. A crucial year for Oz, the country is set to become the world’s largest LNG exporter as multiple construction projects reach their conclusion. As production increases in tune with global supply, Australia will continue to face obstacles however, as it looks to cement its status as the leading figure in LNG export; namely, weak demand and the subsequent oversupply of the global market, coupled with forecasted price declines.

A hot topic towards the end of last year, the Australian LNG market has generated much speculation. The majority of 2017 forecasts have painted a mixed picture, whilst some have ventured the once inconceivable. Recent reports have suggested that despite the enormous spend on the push to export gas, Australia may in fact be on the brink of importing it. Energy supplier AGL has announced that it may need to spend up to AUS$300 million on an LNG import depot “to shield itself from soaring gas prices and increasing difficulty in finding local supplies”. 1 There is method in the madness. Although no deal is yet in place, there is a strong possibility that the cheaper solution for AGL will be to import gas from any number of low-cost producers around the world, rather than utilise its reserves at home.

Whilst it seems an extraordinary move, AGL is reacting to economic realities. As reports discuss, “the building of three new LNG plants in Queensland state ... has dramatically altered the supply-demand balance along the eastern seaboard”. According to AGL, the three plants will account for approximately 70% of east coast natural gas demand by 2018. The reality of the situation is that the three new plants will likely draw the majority of the natural gas that would otherwise have been available to the domestic market. A “massive exploration and production effort is required to boost output by enough to meet the demand of the LNG plants”,2 otherwise Australia can expect to see a shortage sometime around 2019. AGL is considering its options in light of these predictions.

In this month’s issue, we feature a fascinating Regional Report from Deloitte’s Bernadette Cullinane, who investigates the LNG industry at large and looks ahead to a crucial year for LNG in Australia. If you have picked up a copy of LNG Industry at this year’s Australian Oil & Gas Exhibition, be sure to let us know your thoughts on one of the year’s most intriguing markets.

The New Year is often a time for resolution and change. That is the same for me as I take on the role of Editor at LNG Industry. I would like to thank Callum O’Reilly for his continued words of wisdom and guidance and we wish him well in his new role as Editor of our sister publication, Hydrocarbon Engineering. Moving forward, LNG Industry remains committed to bringing you the highest quality technical articles and thought-provoking pieces reflecting on the industry worldwide. This will no doubt be a pivotal year for LNG, and we will endeavour to cover every angle of what is hopefully a brighter 2017.