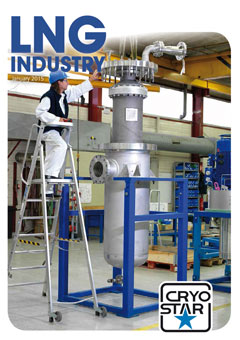 Although the festive season may have passed, petrol prices seem to be the gift that keeps on giving for motorists in the UK. At the time of writing, petrol prices were at their lowest in five years, with one petrol station in Birmingham reportedly selling petrol at below £1/litre. Of course, the mighty fall in oil prices since mid-2014 has much wider implications than the weekly fuel spend of British motorists. As the likes of Russia, Iran and Venezuela stand on the brink of financial crisis, the LNG industry has been confronted with yet another challenge.

Australian LNG projects, which sell their gas to Asian customers at prices linked to the oil price index, face meagre returns on their investments in the near term. This is bad news for the likes of BG Group, who started loading the first shipment of LNG from its QCLNG plant in Gladstone late last year.

However, the oil price slump is very much a double-edged sword for the Australian LNG industry. Although the profitability of existing projects will be under great pressure, the capital has already been invested in the projects and recent events will not prevent them from starting-up. What’s more, in a surprising twist, the oil price crash may also help the Australian LNG industry to fight off competition from one of its biggest rivals…

Proposed LNG projects in the US are in danger of losing the competitive advantage of pricing their natural gas off the US natural gas benchmark, Henry Hub. Indeed, the US seems to have suffered its first victim of the oil price collapse. Excelerate Energy has decided to suspend activities on its proposed FLNG project in Lavaca Bay, Texas, until April 2015, according to a report from Reuters dated 30 December 2014. A spokesman for Excelerate Energy is quoted as saying that the project “no longer meets the financial criteria necessary in order for us to move forward with the capital investment.”

It would seem that the US’s booming shale oil industry, which has (at least in part) contributed to the falling oil price worldwide, is in danger of inadvertently limiting the country’s shale gas export plans in the near future. If Asian buyers perceive the narrowing LNG pricing gap between oil-linked contracts and Henry Hub gas as a permanent fixture, they may begin to lose their enthusiasm for moving away from the traditional oil-based pricing system.

As traders and analysts continue to speculate as to when the oil price may start to rebound, one thing that is certain is that LNG buyers and sellers must try to avoid a repeat of the stalemate in negotiations that plagued last year, delaying final investment decisions on numerous projects. Asia’s appetite for natural gas continues to grow and it is essential that new production capacity is developed in order to prevent a future supply shortfall. It will be interesting to monitor the extent to which falling oil prices further complicate ongoing negotiations in the year ahead.