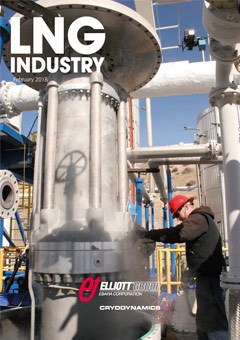 On 14 February, every year, chocolates, flowers, and other gifts are exchanged between loved ones, all in the name of St. Valentine.

Much of the history of Valentine’s Day, and the story of its patron saint, is steeped in mystery. The Catholic church recognises at least three saints named Valentine or Valentinus, all of whom were martyred. Some stories suggest that Valentine may have been killed for attempting to help Christians escape Roman prisons. Others insist that Valentine was a priest who performed marriages against the will of Emperor Claudius II, who decided single men made better soldiers. My preference is for the story of an imprisoned Valentine, falling in love with a girl, and sending the first ‘valentine’ greeting. Before his death, it is alleged that he wrote her a letter signed ‘from your Valentine,’ an expression still in use today.

What we do know for sure is that February has long been celebrated as a month of romance, and that St. Valentine’s Day, as we know it today, contains traces of both Christian and Roman tradition.

In slightly less romantic fashion to the martyred saints who gave up their life for love or kindness, I am deliberating over which Valentine’s Day supermarket meal deal to select this year. The Waitrose offering is the priciest of the lot but does offer a box of chocolates so that may well swing it this year.

It is still unclear whether Trump and Putin will be exchanging cards this Valentine’s Day.

For months, the US government has been promising to bring about a new era of energy dominance1, largely based on booming oil and natural gas production. It was therefore surprising to learn that the US will continue importing LNG this winter. It was an even greater surprise to learn that the US is importing its first Russian LNG produced by Yamal LNG, a plant subject to US financial sanctions.

The LNG cargo, carried by the French tanker Gaselys, finally arrived in Boston in late January, after various delays and a particularly unusual course.

First Gaselys stopped at the tip of Spain, then passed through the Canary Islands. On 19 January, after traveling halfway across the Atlantic, Gaselys made a U-turn towards Spain in what was put down to problems with the weather, before again resuming its course towards Boston. The route generated intense speculation among energy analysts.

The US$27 billion Yamal gas plant opened in December, and some of its first output will be used to heat homes and generate electricity in the Boston area. Novatek is the majority owner of the plant, whose shareholders include an ally of Putin, Gennady Timchenko. The US Treasury initially imposed sanctions that prohibited US companies from providing new financing to Novatek and another Russian energy company in 2014.

This bizarre and controversial delivery reflects the realities of the globalising natural gas market and stems from the growth of LNG trade, opposed to traditional natural gas exports that rely on long-term contracts.

With this globalised natural gas market, LNG supplies can increasingly be shipped from one part of the world to another to handle fluctuations in demand. In this instance, the cold temperatures that hit the East coast of the US increased natural gas demand to record levels, and the Russian gas was on hand to help. It is a real possibility that Russian gas could once again land on US shores in the future. Maybe Trump and Putin are celebrating Valentine’s Day after all.

In this month’s issue we are showcasing features on pumps, turbomachinery, compressors, pipelines, and more. This month’s regional report is provided by Deloitte and focuses on Australia. Bernadette Cullinane and Nye Hill provide an update on the industry and detail how Australia is facing up to increased competition from overseas.

I hope you enjoy this issue of LNG Industry and if you picked up a copy at either the Australasian Oil & Gas Conference or the US LNG Summit, be sure to visit www.lngindustry.com to subscribe and receive the latest updates from the industry.