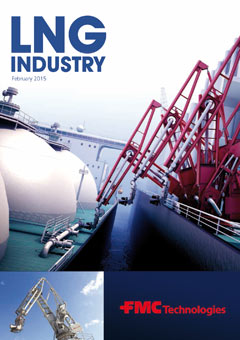 Back in 1964 – the year that the modern LNG industry was born – Donald Horne’s iconic book The Lucky Country was published for the first time. Despite its seemingly cheery title, the book was in fact a scathing assessment of Australian society at that time. As Hugh Mackay writes in the introduction to the latest edition of the cult classic: “Horne took Australian society to task for its philistinism, provincialism and dependence.”

The ‘lucky country’ tag has been misappropriated on countless occasions over the last 50 years – most recently in this very issue of LNG Industry (see this month’s regional report, ‘LNG in the lucky country’, starting on p. 12). The title of Horne’s book has widely been interpreted as an affirmation of an optimistic (or apathetic) outlook on life, so often associated with Australians. However, his words were actually meant as a wake-up call to a nation that was “living on its luck”. A nation that could attribute its success to good fortune rather than good management. Abundant natural gas reserves could be seen as the latest in a long line of ‘lucky breaks’ for the Land Down Under. Although current oil prices are casting a cloud of uncertainty over the energy industry – which will have many of Australia’s project proponents cursing their luck in the short-term – LNG is widely tipped to be the country’s next big revenue raiser. But the Australian LNG story has a lot more to it than blind luck. The fact that the country is set to overtake Qatar as the world’s biggest LNG exporter before the turn of the decade is largely due to its first mover status. Four LNG projects are currently in operation and a further six are under construction, three of which should be in operation before the end of this year. And the success of the Australian LNG industry extends beyond the fact that it was simply first out of the starting blocks. It is jumping new hurdles in the process. The most recent venture to begin production, BG Group’s Queensland Curtis LNG (QCLNG), is the first project in the world to convert coal bed methane into LNG. Another pioneering project currently under construction is Shell’s Prelude FLNG – the world’s first floating LNG facility. At 488 m in length and 74 m wide, it will be the largest vessel ever built. Furthermore, as its name suggests, Prelude is expected to serve as an introduction to a worldwide boom in FLNG facilities, enabling access to offshore gas fields that would otherwise be too costly or difficult to develop. In a special report prepared exclusively for LNGIndustry.com, Western Australia’s Department of Mines and Petroleum explains that the region has a “commitment to innovation [that] extends beyond utilising technology developed elsewhere”. Western Australia is home to world-class institutes for R&D in the oil and gas sector. And the research conducted through these institutes is of global significance. Perhaps the country’s LNG industry serves as the perfect example of Horne’s vision for Australia: that it would become an enterprising country with innovative business. A proactive country at the forefront of new technology. A clever country. A country that creates its own luck.