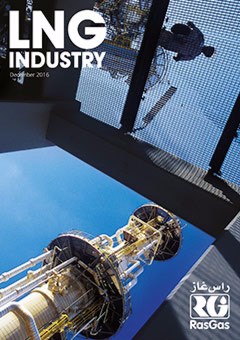 In a year full of surprises, the results of the recent US Presidential election trumped them all (excuse the pun). As the world begins to take stock of one of the biggest shocks in political history, experts are contemplating the possible implications for the energy industry.

However, this is no simple task. It’s fair to say that energy policy took a backseat during an unsavoury election campaign that was largely dominated by mud slinging.

Charif Souki, the Chairman of Tellurian Investments and Co-Founder and former CEO of Cheniere Energy, summed up the general mood when speaking to Platts recently: “We have no idea where [Trump] is coming from, what he really thinks. I’m hard pressed to know who his advisers are for energy policy. I wouldn’t know who to go to ask, so you have to wait and see what happens. He’s just as surprised as us.”1

Evaluating the prospects for the US’ LNG industry under a Trump presidency is particularly difficult. Eyebrows were initially raised back in May when Robert Murray (the CEO of coal mining company, Murray Energy Corp.) revealed that Mr Trump had asked him “What is LNG?”, during a discussion on US energy policy.

Throughout the election campaign, the Republican candidate’s energy policy centred on the idea of US energy independence, which will likely result in the lifting of restrictions on the development of domestic coal, oil and natural gas reserves. Proposed LNG projects may stand to benefit from an expedited permitting process. However, the President-elect’s stance on international trade (specifically, his disapproval of free trade deals) is a cause for concern. Rick Smead, the Managing Director of RBN Energy, notes that while constructing LNG infrastructure may become easier under a Trump presidency, the uncertainty surrounding his trade policy could make it difficult to form offtake agreements for LNG exports.2 Katie Bays, an Energy Analyst at Height Securities LLC, adds: “We might see some of the anti-China and anti-trade sentiment materialising on the kinds of contracts that you could be seeing moving forward […] Those major Asian buyers start to look like very unlikely sources of future demand for US gas.”2

However, Mr Souki remains confident that Trump’s business experience will ultimately ensure that LNG export projects are not blocked: “A very large percentage of American trade is exports, so [Trump] understand this. I don’t see any problems with that.” Indeed, a senior policy adviser to the Trump campaign, Wilbur Ross (Chairman of WL Ross & Co.) has already started to backtrack on some of the comments made concerning trade during the campaign trail. In an interview with Yahoo Finance, Mr Wilbur said that Trump’s America will be open to negotiation with other countries: “China imports a huge amount of LPG and LNG […] so does Japan, so does South Korea, so does Germany. Trump is going to be promoting LNG and its export.”3

If 2016 has taught us anything, it’s that predicting the future is a tricky business. It would be wise to buckle up for more surprises in 2017.