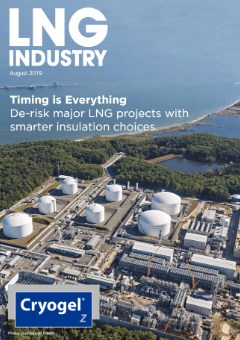 This year, the world is celebrating the 50th anniversary of humanity’s greatest achievement.

I am talking, of course, about the moon landing. On a practical level, the Apollo 11 mission lasted eight days, three hours, 18 minutes and 35 seconds, and saw three men collect 21.5 kg of lunar material to bring back to Earth for investigation. More significantly, Armstrong and Aldrin led humanity’s first exploration onto another celestial body (with Collins waiting in the command module) and, in the process, cemented their own names in the annals of history (which would not have been possible were it not for the thousands of others involved in the operation).

Of course, these space-age pioneers were not the first to leave the cradle of Earth, nor were they the last to venture onto the lunar surface. Ten others have stepped onto the moon since the Apollo 11 mission, the last of which did so in 1972. Whilst some may question why we haven’t gone back to the moon since (price, politics and lack of requirement all being the major reasons), we Earthlings have not simply abandoned space exploration. Our priorities, however, have changed.

Mars is currently the focus of space exploration organisations. Indeed, scientists have already confirmed that the surface of the planet was once covered in liquid water, and there is a slim possibility that some liquid water could remain below the surface. With that knowledge, the search for life remains underway. Interestingly, a little further afield lies Titan – a moon of Saturn that has proven to have liquid methane on its surface.

As fascinating as the search for life both inside and outside of our solar system is, it is perhaps equally important to value what we have on our own planet. As the world’s population becomes increasingly wise to the harm we are causing, green technologies, fuels and materials are all seeing rapid growth, especially in Europe.

Fortunately, there is economic incentive to move towards these technologies. As Gordon Cope, contributing editor, discusses in his article starting on page 12, the future looks bright for European gas buyers. Growth in the global gas market is providing European buyers with access to cheap, clean gas, as the US battles it out with Qatar and Russia to meet demand. The US is particularly interesting given its relatively young LNG export industry.

In addition to this, new regulations coming into force next year mean that the use of LNG as a marine fuel is becoming increasingly popular. Cope writes in his article: “Carnival Corp., the largest cruise ship operator in the world, announced that it is gradually switching its fleet over to LNG. The company’s first ship, AIDAnova, arrived in 2018, with plans to have seven fully LNG-powered ships by 2022.”

Of course, these efforts are not limited to Europe alone, and Asia is ramping up its own LNG imports. In fact, a recent Wood Mackenzie report claims that China could overtake Japan as the world’s top LNG importer as early as 2022.1 With the move towards cleaner energy well and truly underway, LNG stands to benefit.

Although switching from traditional fuels to LNG may seem like a small step, it could in fact be a giant leap for mankind. We hope you enjoy this latest issue of LNG Industry magazine.