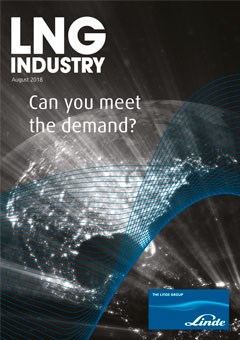 The office is currently embroiled in a fiercely competitive sunflower growing battle. What began with two small seeds each has blossomed into a fight between triffid-like monsters that dominate the car park.

Everybody has a different set of tactics when it comes to growing the tallest sunflower. Some showered their seeds with love, attention, and fertiliser, whilst others left them to their own devices. Needless to say the results have varied after a couple of months of growth.

Some are already gone and forgotten, some are fighting for their lives with spindly stems and limp leaves, and some are towering over the competition and my colleagues alike. I’m happy to say my sunflower remains in the ‘towering’ category for now, although it’s clear that things can change quickly.

At the start of the month I arrived on a Monday to find my beloved plant strewn across the tarmac, with leaves torn and roots unearthed. It’s difficult to find any sympathy in the midst of competition and it remains to be seen whether it was down to strong winds or sabotage.

It’s important to not rest on your laurels or get over confident. An unnamed colleague and former Editor of LNG Industry was so convinced of inevitable victory after some promising early growth that he dismissed rivals with derision. His flower is now languishing in the middle ground. Not bad but certainly not great.

Such advice is important to heed not just in terms of sunflower growing but in life in general, and is perhaps applicable to the current LNG situation in Canada. Whilst there was an enormous amount of confidence and excitement around the potential for LNG in Canada, the industry has struggled to take off in British Columbia. To make matters worse, the LNG industry in the neighbouring United States is booming as billions of dollars have been pumped into natural gas pipelines and LNG facilities. Canada has had to watch as the United States’ sunflower has grown bigger by the day, whilst their own plant has stalled.

The LNG Canada project remains the glimmer of hope. In recent months, the project has been building momentum leading some analysts to suggest that a positive decision is imminent.

Despite such hopes, LNG Canada remains on hold, and is waiting for the green light from Shell. The energy giant is still examining plans for the massive LNG terminal on the northern coast of British Columbia, but company officials have said the US$40 billion project looks “very promising.” In more encouraging news, Civeo Corp. was awarded a contract to supply temporary work camps at four locations along the Coastal GasLink pipeline from Dawson Creek, B.C., to the West Coast, on the condition that the LNG export terminal is built.

Those involved have certainly not given up on the LNG industry in Canada, far from it. It seems that in the shadow of the United States, the Canadian prospects have wilted, but with a little care and affection, the great potential could be achieved.

This month’s issue of LNG Industry begins with a focus on all things Canada from the Boston Consulting Group. The regional report investigates the prospects for the Canadian LNG industry and gets to grips with a confusing picture. Elsewhere in the issue we feature insight on FLNG, small scale LNG, coatings, measurement, and more.

As for the sunflower growing competition, I will continue to pump investment into my plant. Unshackled by doubt or the need for further investigation, my flower is achieving its massive potential.