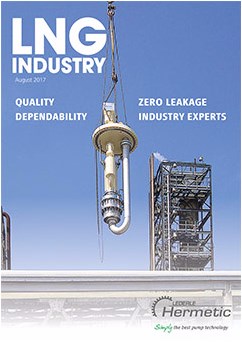 The big news dominating the LNG headlines over the past couple of weeks has surrounded the decision to not proceed with the Pacific NorthWest LNG project in western Canada.

The decision was made by the project partners following a complete review of the project after changes in market conditions.

Almost five years ago, Pacific NorthWest LNG began working with local governments, First Nations, residents and businesses. Fast forward to today, and the project has announced that Rupert and Port Edward offices are scheduled to be closed effective 25 August 2017. Pacific NorthWest LNG has openly expressed its gratitude for the support received from all parties.

Whilst it is nice to hear the pleasantries being dished out by the project, the reality, and the figures being mentioned, make for some grim reading.

The dropped CAN$36 million project was meant to produce 12 million and ignite further development of Canada’s largest shale play. The decision, brought about mainly due to weak prices, is the latest setback for Canada’s energy industry, already damaged by oil companies selling off approximately CAN$23 billion in Canadian energy assets this year alone.

The monstrous CAN$36 billion price tag included approximately CAN$11 billion for the export terminal, CAN$6.5 billion in pipelines, the CAN$5.5 billion Petronas paid for Progress Energy and its natural gas assets and around CAN$2 billion a year forecast to be spent on producing natural gas.1

Pacific NorthWest LNG received approval from the Canadian government last year, but Petronas delayed its final investment decision (FID) on what would have been its biggest foreign investment. TransCanada Corp., which was contracted to build the pipeline connecting gas wells to the LNG terminal, announced that it will be reimbursed for costs associated with the project.

Japex, which has a 10% interest in the project, was not so fortunate however and announced that it would take a loss of approximately CAN$102 million in the year to end-March due to the scrapping of the project.

It is a worrying time for developments in British Columbia (B.C.), with only the CAN$1.6 billion Woodfibre project being given the green light by developers out of more than a dozen proposed projects in the region. Last July, Royal Dutch Shell and partners pushed back a FID on their proposed LNG Canada project, citing global industry challenges.

In the wake of Pacific NorthWest LNG’s decision, and with the knowledge that energy companies have not moved forward with a major new LNG production plant since the end of 2014, are we seeing a shift in game plan from natural gas exporters?

With oversupply reducing prices, LNG exporters seem to be looking to build smaller and cheaper. Such projects – smaller in size and at a fraction of the cost of existing terminals – offer a competitive advantage in supplying emerging markets, where customers are in search of intermittent deliveries of smaller quantities.2

Is this the final straw for such large scale projects? In the coming years, it will certainly be interesting to see whether energy suppliers continue to make moves towards downscaling construction projects.

It will also be intriguing to watch the changing LNG picture in B.C. after this month’s news. Royal Dutch Shell came out recently to assert that it has not written off its Canadian LNG project in Kitimat. Whilst this seems positive, a public vote of confidence such as this, to me, is often a harbinger of bad news.

Investigating the scene in more depth in this issue is Norton Rose Fulbright, who provide our regional report on Canada, and B.C. in particular. I hope you enjoy this feature and this exciting issue.