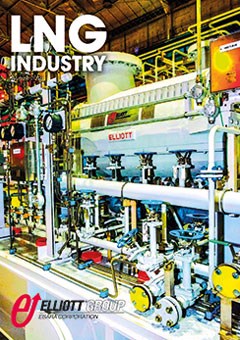 A month after the Panama Canal finally opened its expanded locks for business at the end of June, the first two LNG carriers passed through the newly-enlarged waterway. The first carrier to make the transit was the Shell-chartered Maran Gas Apollonia, laden with US LNG from Cheniere Energy’s Sabine Pass terminal. According to reports, the carrier is destined for east Asia. Shortly afterwards, BP’s British Merchant passed through the canal, en route to Mexico from Trinidad and Tobago.

The transits mark a “new era” for world energy, according to Panama Canal Administrator and CEO, Jorge L. Quijano. Approximately 90% of the world’s LNG shipping fleet is now able to pass through the expanded canal, taking advantage of the new shortcut that it provides to markets in Asia and Latin America. US LNG producers, in particular, stand to benefit from the expansion of the canal. According to the US Energy Information Administration (EIA), an LNG carrier travelling from the US Gulf Coast to Japan via the Panama Canal will reduce its voyage time by up to two weeks compared to voyages around the Cape of Good Hope (from 34 days to just 20 days). The canal will also considerably reduce the journey time for carriers destined for South America, e.g. from 20 days to 8 – 9 days for trips to Chile.1

Furthermore, the canal is expected to reduce transportation costs. Based on IHS data, the EIA states that the cost of a round trip voyage from the US Gulf Coast to northern Asia via the Panama Canal will be approximately US$0.20 – US$0.70/million Btu lower than travelling around the Cape of Good Hope, and US$0.30 – US$0.80/million Btu lower than transiting through the Suez Canal.

Despite the EIA’s prediction that more than 550 LNG carriers a year could pass through the canal by 2021, doubts have been raised about the short-term impact of the waterway on LNG trade. In a report, Citibank analysts state that the current LNG oversupply and resulting lower prices do not favour US LNG being shipped to Asia in the near future: “The Panama Canal expansion […] was once expected to be a game changer for US LNG exports to Asia […] But against the backdrop of this major transition in the global LNG market, the prospects for US LNG into Asia via the expanded canal look less promising, at least in the short-term.”2

Andres Rojas, IHS Senior Principal Researcher, also questions the effect that the canal will have on US LNG shipments to Latin America: “The expanded canal will cut the voyage time significantly, but if you look at the fees [the Panama Canal Authority] will be charging, and you consider that bunker fuel costs are now so low, it doesn’t really make sense to pay the canal fee. In my opinion, the Panama Canal is not going to play a huge role in the Latin American LNG trade.”3

Rojas argues that LNG spot pricing in the Atlantic vs Pacific Basins will ultimately determine the impact that the Panama Canal will have on future LNG trade flows. As the differential between the two basins narrows and markets become more regionalised, Rojas predicts that the canal will become less relevant for LNG traders: “The Panama Canal is not going to be the big saviour of the US Gulf LNG market that many people were thinking it was going to be back when prices in the Far East were still quite high.”

While the expanded Panama Canal will certainly contribute to a more global LNG market, it remains to be seen whether its role will be as significant as many once predicted.