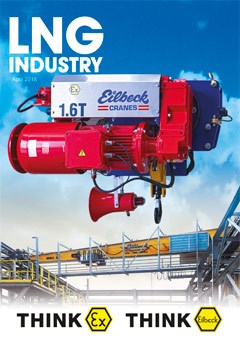 As winter very slowly becomes spring here in the UK, temperatures are beginning to rise and the sun is sticking around that bit longer in the evenings. Just warm and light enough to enjoy the great outdoors, and not yet sticky and uncomfortable, my favourite time of the year.

For many, spring represents new beginnings, new growth, and the promise of something better. For the oil and gas industry, there is promise but also uncertainty.

Approximately 30 upstream oil and gas projects are expected to be approved across the globe this year, a figure similar to 2017. According to Wood Mackenzie analysts, operators are remaining focused on less capital-intensive projects that generate faster returns.1

Six of the 30 projects Wood Mackenzie expects in 2018 have already been sanctioned in time for the daffodils and lambs to appear across the UK. The six approved projects are from all corners of the oil and gas world. As well as projects in the UK, Norway, Israel, and the Netherlands, the six include China’s deepwater gas project, Lingshui, and the US$1 billion Pegaga gas project in Malaysia.

Investment in oil and gas projects dropped by over 40% between 2014 and 2016, leading many in the industry to contest that new supplies would be scarce in the 2020s, prompting price spikes. Despite the dip in investment, operators have found ways to continue to grow in these difficult conditions. Nevertheless, the question remains whether the industry is spending enough to maintain a strong level of supply?

Projects approved in 2017 were double the number in 2016 as costs were reduced, oil prices gained, and corporate finances improved. However, critically, average capital expenditure in 2017 dropped to US$2.7 billion – the lowest in a decade – as operators focused on smaller projects and expansions of existing fields.

Gas and LNG projects are likely to take a larger cut of overall investment however, with big expansion projects in Norway, Iran, and Oman. It is clear that the oil and gas industry in general cannot rely on smaller projects forever. That thinking is evident in the LNG industry, with lots of major projects on the horizon.

Investments may well increase in 2019 with multi-billion dollar projects such as Mozambique LNG and Canada LNG close to final investment decisions. These projects will possibly push for a late-2018 sanction, thereby securing lower costs and pipping their competition to the post.

The oil and gas industry is promising much, but a lot of uncertainty remains. According to GlobalData, 81 new crude and natural gas projects will start operations in Europe between 2018 and 2025. By 2025, the gas projects will contribute almost 4.7 billion ft3 per day to global gas production. The UK will lead with a total of 37 projects, followed by Norway with 28 and Italy with six. Norway will drive natural gas production, contributing 1.6 billion ft3 per day to the region’s gas production by 2025.2

As we move through the early stages of spring into the summer (hurry up please), it is apparent that a busy period awaits the oil and gas industry. The direction that the industry takes long-term however, is unclear.

Much like spring, this issue of LNG Industry is also promising. This month’s issue features articles on plant maintenance, software, cryogenic equipment, and more. Contributions from Berkeley Research Group and the Boston Consulting Group kick-start this issue with a focus on how the LNG industry landscape is developing, and how the major players continue to adapt. I hope you enjoy!