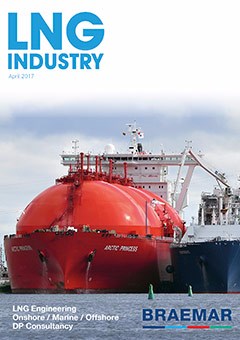 In March this year, the European Union (EU) celebrated its 60th birthday. In the year of its birth, 1957, Elvis Presley was playing to adoring fans in Seattle, bubble wrap was accidentally invented, and Aston Villa took home the FA Cup. Much has changed in the 60 following years.

Rather than withdrawing slowly from work, taking up a new hobby or perhaps booking a cruise, the EU has arguably never been more occupied. Towards the end of last year, Martin Schulz, the European Parliament President, spoke to this end, stating that the EU was under attack “like never before and this is from both the inside and outside”.1

With the UK triggering Article 50 and beginning the process of leaving the EU, upcoming elections in major European countries, and the ongoing refugee crisis, the EU is facing a particularly frenetic retirement.

The European gas market is in many ways mirroring global politics. Influenced by the North American shale revolution, the European market is fighting to retain its status as an important and powerful trading region.

According to recent reports, the European gas market, battered from the coldest January in seven years, is in need of fuel to replenish depleted inventories. The US is poised to provide a helping hand.2

Northwest Europe, one of the world’s largest trading regions, has not yet attracted any LNG cargoes from the US. American sellers have so far preferred South America and Asian markets, attracted by higher prices.

Spring weather may however begin to change things. The warmer temperatures of the coming months (fingers crossed) are set to reduce demand and prices in Asian markets, dropping prices closer to those in the UK and the Netherlands. Supplies from the US may arrive in the coming months to help replenish European stocks at their lowest level since 2013.

Cheniere estimates that only 17% of US LNG went to Europe since exports started in February 2016. Supplies from Cheniere’s Sabine Pass have arrived in Spain, Portugal, Italy and Turkey at an increasing rate over the past three months however.

Competition for the US will come from Russia and Norway. Both countries produce cheaper gas than US LNG and distribute it via pipelines instead of tankers. Russia’s Gazprom is targeting Europe’s low inventories to help it sell a record volume this year.

As the EU enters its potentially most challenging year, the European gas market is also facing new tests to retain its status as a major participant in the global LNG debate.

In this month’s issue of LNG Industry, we lead with a European report from Baker Botts L.L.P. (p. 12). The report considers what role LNG is likely to play in the future EU energy mix, particularly as the changing dynamics of the European gas picture accelerate in light of policy initiatives and political upheaval.

Finally, I would like to extend my warmest wishes to all our readers, authors and advertisers. If you have picked up a copy of our April issue at either OTC, Flame, the LNG International Summit or the Advanced Clean Transportation Expo, be sure to visit www.lngindustry.com to subscribe to all the latest from LNG plant technology, shipping/transportation, regasification and small scale LNG.