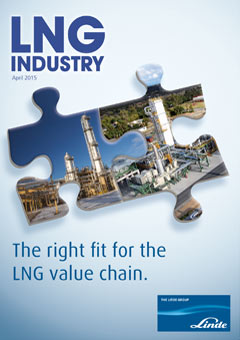 Last month, some parts of the world were able to witness a spectacular solar eclipse. Unfortunately, heavy cloud cover in the south of England meant that the view from our office was far from breathtaking, so our attention instead turned to energy concerns that spread across Europe in the build up to the celestial event.

Major users of solar power, especially Germany, braced themselves for a sudden dip in energy generation (as the moon slid across the sun), followed by a sharp surge in demand (as people resumed their normal activities). The European Network Transmission System Operators for Electricity (ENTSOE) described the eclipse as an “unprecedented challenge” for European transmission system operators, explaining that up to 35 000 MW of solar energy (the equivalent of approximately 80 gas-fired power stations) would gradually fade out of the system as the moon began to obscure the sun’s disc. Indeed, ENTSOE refused to rule out the possibility of power cuts.

Aside from rare cosmic coincidences, energy security has been a hot topic in Europe in recent times, on the back of the continent’s increasingly fragile relationship with Russia. At the height of the tensions in March 2014, following Russia’s annexation of Crimea, there were calls for the US to expedite LNG exports to help its vulnerable allies in Europe diversify their energy supplies. However, at that time, US LNG exporters were very much targeting Asian markets, where the spot price of LNG stood at record highs.

Just over a year later and, once again, much has changed in the LNG industry. Asian spot prices have collapsed on the back of mild weather, reduced economic growth in a number of key importers, and falling oil prices. Anticipation of a period of pronounced oversupply in the global gas market, led by a wave of new LNG from Australia, is compounding weaker spot prices. In its ‘Global LNG Market Outlook 2014/15’, BG Group said that 122 million tpy of new supply capacity is expected by 2020, with 26 trains and four floating LNG (FLNG) units currently under significant construction.

All of these factors will drag down long-term contract prices and force US exporters to reconsider their options. As Timera Energy explains in this month’s regional report, starting on p. 12, “Oil-indexed Asian contract prices are set to fall below US$8/million Btu in the summer of 2015, as the lagged impact of the crude price fall feeds through into contract price formulas. This means that the structural Asian LNG price premium over European hubs has essentially disappeared.” The authors suggest that, given current pricing dynamics, “US LNG exports to Asia look at best marginal […] and could become unprofitable if spot LNG prices continue to decline in 2015. This opens up the prospect of large volumes of US exports flowing into European hubs.”

Experts at Norton Rose Fulbright seem to agree: “With reduced LNG prices in the Asia-Pacific basin, reports suggest that US LNG may be too expensive for the Asian market and that it may instead be diverted to Europe. Such a change could lead to a significant shift in the European energy market, potentially offering LNG as a viable economic alternative to European pipeline gas.”

Although the LNG industry faces significant challenges and fundamental changes in the short-term, particularly in the US, we should remember that the long-term outlook remains promising as buyers around the world seek a stable, reliable and environmentally friendly source of energy. In its aptly named article, ‘Weathering the storm’ (p. 21), Norton Rose Fulbright eloquently describes the durability of our industry: “The LNG business is a long-term business, based on an efficient supply and demand system, which has demonstrated its ability to respond to major structural changes in the market, such as the unprecedented development of shale gas in the US and the Japanese earthquake and tsunami in March 2011.”

Confidence in the LNG market remains. Perhaps we should consider the current challenges as but a minor moon, temporarily blocking the light to a glorious golden age for the LNG industry.