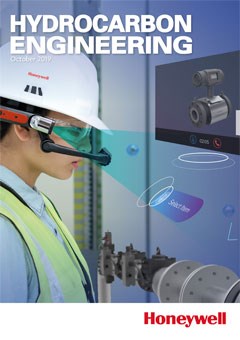 Earlier this year, in a comment piece for the Spring issue of our quarterly supplement, Tanks & Terminals magazine, I wrote about the multitude of benefits that drone technology can offer to the oil and gas sector, as well as the dangers that drones could potentially pose. The recent drone and missile attacks on Saudi Aramco’s oil facilities, which the US has blamed on Iran, has thrown the topic of drone wars fully into the global spotlight.

On 14 September, Saudi Aramco’s Abqaiq processing facility, as well as the Khurais oilfield, were subject to precisely coordinated and targeted airborne attacks, which knocked out half of the country’s oil production (approximately 5.7 million bpd), as well as 700 000 bpd of NGLs and a large amount of the kingdom’s natural gas output.

However, in a note to clients, Rystad Energy’s Chief Oil Market Analyst, Bjørnar Tonhaugen, warned that it would be prudent to remain cautious about Saudi Aramco’s guidance: “In our view, there is a clear risk of a slower resumption towards full capacity […] Unless repairs happen much quicker than we expect, we estimate that the Abqaiq processing facility will only reach 90% capacity by mid-November. The outage would then be reduced to 0.5 million bpd for the month of November at 5.2 million bpd production. For now, we expect production to remain slightly below full capacity for December.”1

An insight piece by Joseph Chang, Global Editor at ICIS Chemical Business, also notes that Saudi Aramco’s 17 September statement did not mention the status of ethane or LPG production. He writes: “Without definitive information, we can reasonably say that NGL supply will be reduced for a few months to several months.”2 This could have severe implications for the country’s petrochemical sector, while an increase in oil prices raises the competitiveness and margins of US petrochemical producers, which largely use abundant local ethane from shale gas.

Even if repairs to the facilities are completed quickly, major threats still remain. Firstly, there is the potential for further attacks on Saudi Arabia’s oil facilities, which could lead the market to question the long-term security of supply from the kingdom. And, ultimately, there is the danger of a major war breaking out in the Middle East involving Saudi Arabia, Iran and the US. ICIS’ Chang notes that such a war “would cause a real spike in crude oil prices and put supply at much greater risk. It also would add to greater global geopolitical uncertainty in a big way.”

This month’s regional report, starting on p. 12, just so happens to focus on the Middle East and its important position at the centre of the global oil market. While the piece was written prior to the recent attacks in Saudi Arabia, it makes for particularly interesting reading given the current tensions.