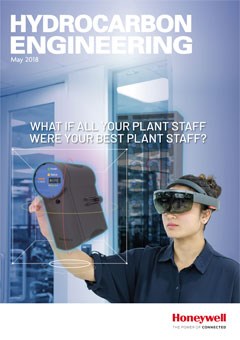 The recent news that Motiva Enterprises, a wholly-owned subsidiary of Saudi Aramco, is taking its first steps towards a planned expansion into petrochemicals in the US is further evidence of a growing shift in the fortunes of the country’s petrochemical sector.

Motiva has signed Memoranda of Understanding (MoU) worth US$8 – 10 billion with Honeywell UOP and TechnipFMC to study petrochemical production technology for use in a potential complex at its Port Arthur refinery in Texas. The deals follow SABIC’s agreement with ExxonMobil, signed last year, to conduct a detailed study of the proposed Gulf Coast Growth Ventures project. The two companies have selected a site in San Patricio County, Texas, for a proposed petrochemical complex.

A report in The Economist attributes this dramatic change to two key factors. Firstly, a recent wave of ‘portfolio reshaping’, as companies spin off non-core businesses and bulk up in core areas, which produces huge firms that can take on state-sponsored international rivals. Secondly, the shale revolution is flooding the market with cheap raw materials for the production of chemicals.2

Despite the positive outlook for the US petrochemical sector, The Economist points to a number of hurdles that will need to be overcome if this remarkable rise is to continue, including the dangers of inadequate infrastructure, rising costs, and a lack of skilled workers due the sector’s dormant decade at the start of this century. Perhaps the greatest concern, however, is the consequences of a potential trade war that is brewing between the US and China.

According to The Economist, The Dow Chemical Company has said that President Trump’s tariffs on Chinese steel and aluminium imports could add US$300 million to the cost of its new plants in Texas. And China appears to be targeting petrochemical products in its retaliatory tariff proposals. The CEO of the American Chemistry Council (ACC), Cal Dooley, said: “China is one of the US chemical industry’s most important trading partners, importing 11%, or US$3.2 billion, of all US plastic resins in 2017. We are particularly concerned that 40% of the products to which China has assigned new tariffs are chemicals, including polyethylene, PVC, polycarbonates, acrylates, and others.” Dooley notes that almost US$185 billion in new and expanded chemicals infrastructure is predicated on current tariff schedules, and raises concerns that market shifts as a result of tariff increases could result in investors doing their business away from the US. He is urging the US and China to “reach a productive and meaningful agreement” before any of the tariffs take effect.

As the report in The Economist astutely concludes: “It would be rum indeed if Mr Trump’s efforts to support local heavy industry ended up derailing the ongoing revival of America’s once-moribund chemicals sector.”