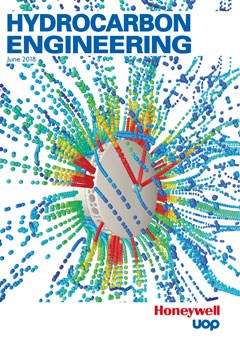 World Cup fever has well and truly gripped our office in recent weeks. Hydrocarbon Engineering’s Assistant Editor, Anna, has already stuck a giant World Cup fixture planner next to her desk, bought an England horn, and is threatening to attach St George’s Cross flags to our car when we make the trip over to Germany for ACHEMA in June (if you’re attending the show, please drop by Hall 9.2, Stand D1 to meet the team).

Prior to England announcing its 23-man squad to take on the world in Russia, the British media went into overdrive with editorial pieces outlining why certain players should (and shouldn’t) be selected for the tournament. Amongst the more interesting of these stories were those that compiled squads based on performance data from the previous season alone. These pieces dug deep into the data behind every player eligible to play for England at the tournament, analysing statistics such as number of appearances, pass accuracy, distance covered per game, number of tackles, chances created and shooting accuracy.

While the final squad did not exactly mirror the statistics, data is undoubtedly playing an increasingly important role in all sports. Innovative technology can now provide teams with intricate data about their staff’s performance, which can be used to tailor a player’s workload and fine-tune their training programmes.

Much has been written about the transformative impact of digitalisation on the oil and gas industry. Companies are embracing technologies such as the Cloud, artificial intelligence, virtual reality, big data and analytics to help optimise performance, improve efficiency and lower costs. Another benefit of the digital revolution is that companies can develop deeper relationships with their customers.

Many of these benefits are demonstrated in an online competition recently launched by NAPCON, which is rather aptly named the ‘2018 Operator World Cup’. The competition will be played with NAPCON’s simulation-based Furnace operator training game, which teaches the player how to operate an industrial furnace. The competition, which started in May, involves online qualifications. The most successful players are then chosen to participate in industry events, where they will play against each other, face-to-face. The three best players in each month will receive five licenses to NAPCON’s Furnace game, as well as its Distiller game, which was developed to train process operators in the basic distillation process within an oil refinery.

Initiatives such as NAPCON’s Operator World Cup are good examples of how companies can use digitalisation to successfully interact with their customers, while demonstrating the benefits of their technology and capturing vital data about their users. Crucially, gamification, in a world of big data, also enables those customers to engage their workforce during operator training and monitor their performance.

Although it’s difficult to imagine that any amount of data will help England win the World Cup this summer, I’m keeping my fingers-crossed that the team are utilising its potential to the greatest extent possible. I have a feeling that they’ll need all the help they can get!