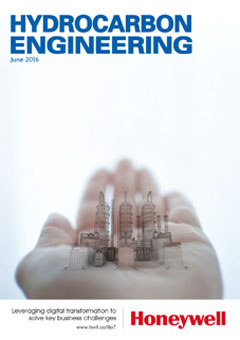 Can technology unlock unburnable carbon? This was the premise behind a recent report from the Sustainable Gas Institute (SGI) at Imperial College London, which looks at the somewhat remarkable capabilities of carbon capture and storage (CCS) technology and its potential impact upon global emissions targets. While the industry has long been aware of the benefits of CCS, these new findings shed light onto how it may be used to 'unlock' more of the world’s fossil fuel reserves, while complying with global temperature objectives – now that’s something worth paying attention to.

The climate change debate was ramped up a gear last November, with Paris hosting the much talked about 21st Conference of the Parties (COP21). Here, global leaders made a pledge to limit global warming to well below 2°C in the world’s first single agreement uniting all nations in the fight against climate change. While this, of course, marks a significant moment in environmental history, and is crucial for the preservation of our planet, to achieve these goals, a large proportion of the world’s fossil fuels would need to remain untouched, or ‘unburnable’. Being our primary source of energy – fossil fuels will still account for more than three quarters of world energy consumption through 2040, according to EIA projections – this solution is far from ideal.

That’s where CCS comes in. SGI estimates that the technology is currently capable of capturing approximately 85 - 90% of total CO2 emissions, with the remaining 10 - 15% of residual emissions emitted into the atmosphere. Researchers argue that if these emissions could be reduced to around 1 - 5%, this would allow for the 'unlocking' of more fossil fuel reserves, and make a viable, environmental case for their continued use and future development.

CCS has been under development in the oil and gas industry for many years. The CO2 Capture Project was formed in 2000 as a partnership of major energy companies working to advance CCS development. The project, currently in its fourth phase (CCP4), aims to further knowledge in the three CO2 capture scenarios addressed in previous phases (refinery, heavy oil and natural gas power generation), together with a new scenario – CO2 separation from natural gas production. CPP4 counts BP, Chevron, Petrobras and Suncor within its current membership, while previous phase members included Shell, Eni S.p.A., ConocoPhillips, StatoilHydro, Encana, EPRI and Repsol. The initiative, which is supported by the US Department of Energy, European Union and the Research Council of Norway, has undertaken more than 150 projects since its founding.

Large scale CCS ventures are currently in operation, or under development, all around the globe: two worthy of note include Shell’s Quest and Chevron Australia’s Gorgon projects. The Quest CCS project, which commenced operations in Alberta, Canada, in November 2015, is designed to capture more than 1 million tpy of CO2 from Shell’s Scotford Upgrader, which transforms oilsands bitumen into synthetic crude. The CO2 is then transported via pipeline and injected more than 2 km underground. Quest received strong support from the governments of Alberta and Canada, which provided some CAN$865 million in funding. Across the pond, in Australia, Chevron’s Gorgon CO2 Injection Project is currently under development. The project involves the design, construction and operation of facilities to inject and store between 3.4 - 4 million tpy of reservoir CO2 (separated from the natural gas stream prior to gas processing and liquefaction) into a deep reservoir unit more than 2 km beneath Barrow Island. The Australian Government has committed US$60 million to the project.

While there is arguably a long way to go – greater investment is required to improve CCS technology and reduce its residual CO2 emissions – these projects demonstrate that governmental support is key to successful project fruition. With this help, CCS could well be a leader in the fight against climate change.