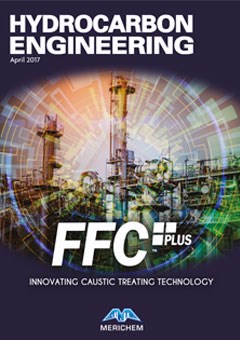 Last month, I visited the ‘Wildlife Photographer of the Year’ exhibition, which is held annually at London’s Natural History Museum. This year’s top prize was awarded to American field biologist and wildlife photojournalist, Tim Laman, for his dizzying shot of an orangutan climbing a 30 m high tree in the Gunung Palung National Park, western Borneo, to feast on a crop of figs.

Amongst the other photos (including a fairy-tale forest of parasol mushroom fungus, an ethereal bloom of Cape box jellyfish, and a California sea lion snacking on a sunfish), one image immediately caught my eye. Spanish photographer, Juan Jesús Gonzáles Ahumada, had captured a striking night shot of nesting white storks beside the Gibraltar-San Roque refinery. In the image, the silhouettes of the (relatively) tiny storks are juxtaposed against the blindingly bright backdrop of the refinery, while a storm ominously gathers in the background.

The intention of Ahumada’s photo may have been to invite the onlooker to consider the complex relationship between man and nature, at a time when global energy demand is set to climb dramatically, in line with a rising population and growth in the world economy. Indeed, part of the accompanying caption to the image read: “With fewer large trees around to support [the white storks’] huge almost 2 m wide nests, pylons, roofs or other human-made structures have become vital nest sites.”

However, it has been observed that some species of bird have an unusual connection to active refineries that would seem to extend beyond nesting habits. A 2012 study by Ross Dwyer of Exeter University suggested that light from the Grangemouth refinery in the UK may help migrating birds find food in the winter months. While studying the feeding habits of common redshanks, Dwyer discovered that birds in well-lit areas at night foraged for longer periods of time compared to birds in darker environments. The birds in brightly-lit areas also hunted more efficiently using their sight, rather than touch.

Whatever the reason for their regular visits, it is essential that our industry continues to act responsibly to protect the rich diversity of species that live or frequent the areas surrounding its sites. While disused refineries have long seen flourishing wildlife, it is clear that refinery managers must also take measures while their sites are active in order to ensure that local wildlife can thrive. We’d love to hear about the conservation initiatives that your company has put in place to protect its surrounding wildlife. Please feel free to get in touch with your stories and photos (if you’re looking for inspiration, you can view Ahumada’s 'Refinery refuge' image here: www.wildlifephotographeroftheyear.com).