Fincantieri won the order for the dual-fuel ferry in July 2012. The ship's name, F.-A.-Gauthier, is in honour of Félix-Adrien Gauthier, mayor of the town of Matane (1960-1963) and founder of the Matane–Godbout ferry route.

The ferry, scheduled for delivery in late 2014 in Canada, will be the first ever gas-powered ferry built in Italy and the first such vessel to operate in North America.

The ship is equipped with a unique integrated diesel electric propulsion system, with dual-fuel power generators capable of running on either LNG or marine diesel oil. This propulsion system fully meets the ecological requirements of the ECA areas (Baltic Sea, North Sea, Caribbean, North America). These standards will soon be introduced in the Mediterranean.

The ship is certified in the highest class designated by international registries for this type of service and is also in ice class 1 A and propulsion class 1 AS, the highest levels awarded by these classification registries, allowing it to operate in the Gulf of St. Lawrence, known for its adverse weather conditions.

At 133 m long and 22 m wide, F.-A.-Gauthier will have a service speed of 20 knots and will be able to carry more than 800 passengers. The ferry will be used in the Province of Québec for multiple services on the Matane–Baie-Comeau–Godbout route, which, with 1600 sailings a year, provides transport for more than 205,000 passengers and over 118,000 vehicles.

Read the article online at: https://www.lngindustry.com/lng-shipping/30062014/quebec_ferry_features_dual-fuel_lng_engines_883/ 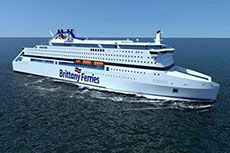 Bureau Veritas is to class a gas-fuelled ro-ro passenger ferry new building and will oversee the conversion of three ro-pax ferries to LNG fuel. 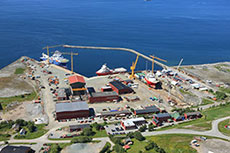 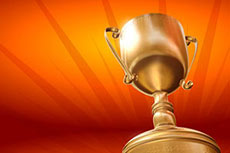 The LNG fuelled ferry Francisco has been awarded the 2014 Black Diamond Award.